The Department of Veterans’ Affairs recently funded Holyoake to develop a customised DRUMBEAT veterans program in collaboration with veterans and veteran support groups.

A research team from the University of Western Australia (UWA) was commissioned to evaluate the pilot program, and the results of this independent evaluation have now been released.

Overall, the evaluation found that DRUMBEAT – Discovering Relationships Using Music, Beliefs, Emotions, Attitudes, and Thoughts – for Veterans had a positive impact on the mental wellbeing of participants and addressed a number of recommendations identified in recent inquiries.

One of the benefits of the DRUMBEAT program noted by participants was that they could discuss mental health and adjustment issues in a safe space, and with people who ‘get it’ and understand.

Hearing others talk about their challenges helped counter some of the previously experienced stigma and, as the weeks went on, participants noted that people increasingly felt safe to open up about issues and experiences.

UWA Associate Professor Lisa Wood, who led the research team said: “The defence force culture to be brave, strong and dependable can be a huge barrier for disclosure of mental health issues and, as observed by a number of the DRUMBEAT program participants, it becomes the norm to just bottle things up”.

A major theme across participant interviews was the value of it being a ‘veterans only’ program, as often their experiences had been that people in the general community cannot relate to what they have been through or the struggles of re-adjusting to civilian life.

Commonality of experiences, social connections and trust were all program elements valued by participants.

In a post-program questionnaire, all participants agreed that their drumming skills helped them feel good about themselves, they felt part of a team while participating, their input was encouraged during sessions, and they would recommend DRUMBEAT to others.

The opportunity for participants to become DRUMBEAT Facilitators was identified by the reference group as particularly pertinent to veterans, as they often value the opportunity and task of helping others.

Four veterans from the pilot programs opted to participate in the DRUMBEAT for Veterans Facilitator Training Program.

An estimated 46% of ADF who transitioned from full-time service within the past five years, met 12-month diagnostic criteria for a mental disorder.

Just over 20% of transitioned ADF experienced suicidal ideation, plans or attempts in the past 12 months.*

Research also indicates that about 64% of transitioned ADF had experienced concerns about their mental health in their lifetime.*

In the context of these alarming statistics, it is imperative that more supports are in place for people when they transition out of military service in Australia.

As indicated by the UWA report, DRUMBEAT for Veterans makes a positive impact on the mental health and wellbeing of veterans.

Holyoake looks forward to an opportunity to work with the Department of Veterans’ Affairs, and other interested organisations, to roll out this program across the country. 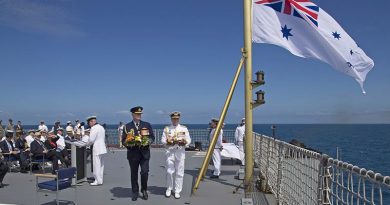