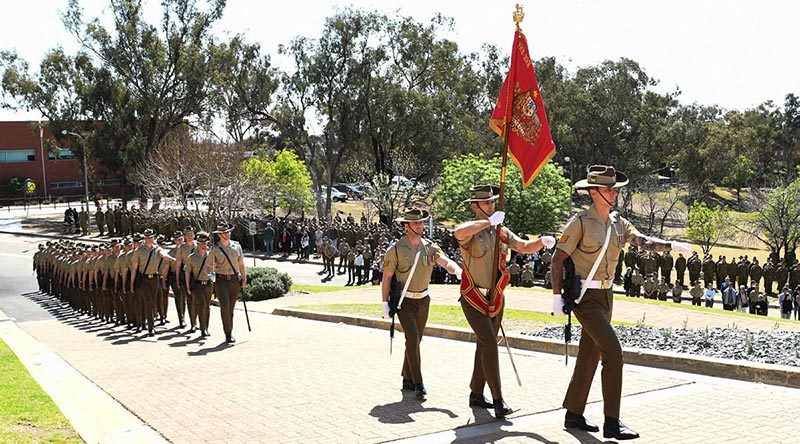 CAPTION: The retired Australian Army Banner is paraded for the last time at Army Recruit Training Centre, Kapooka, NSW, before being laid up in the Blamey Barracks Soldier’s Chapel. Photographer unknown.

Held in the Blamey Barracks Soldiers Chapel, the ceremony marked the end of service for the Banner, which was presented to the Army as a gift from the nation in 2001.

Chief of Army Lieutenant General Rick Burr said the ceremony was important to recognise the history and traditions represented by the Banner.

“I can think of no more appropriate place to lay up the retired Army Banner than here at Kapooka, the home of the soldier,” Lieutenant General Burr said.

“The Banner represents the history and contributions of our people, from our beginning in 1901 through to today.

“We acknowledge our history that has set the foundation for our people to lead, inspire and make a difference.

“The Banner embodies our Army values of courage, initiative, respect and teamwork.

“Recruits who go through training at Kapooka will now have a visual reminder of our extensive history and traditions.”

By tradition, the Army Banner is never destroyed or disposed of, but ‘laid up’ during a military ceremony and then displayed in a sacred or public place.

On the occasion of its 118th birthday on 1 March 2019, the Australian Army received a new Banner to replace the retiring Banner.

The new Banner was presented to the Army on behalf of the nation by then Governor-General, General Sir Peter Cosgrove and Corporal Dan Keighran VC, in a ceremony at the Australian War Memorial, Canberra. 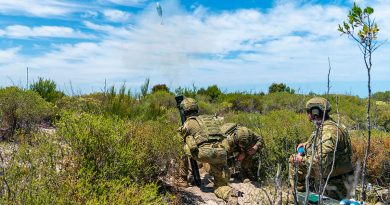 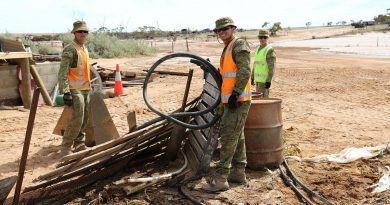 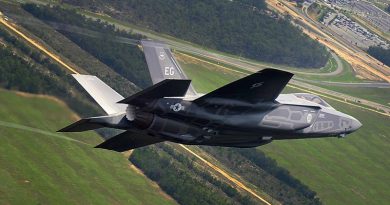