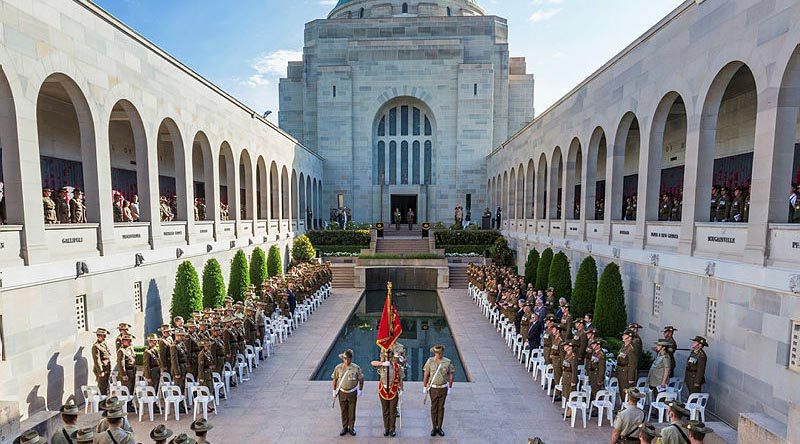 CAPTION: The new Army Banner is paraded for the first time at the Australian War Memorial during the Army’s 118th birthday celebrations, Canberra. Photo by Corporal Kyle Genner.

The Banner, consecrated at the Royal Military College – Duntroon Chapel on 20 February 2019, was accepted on behalf of all ranks of the Australian Army by Regimental Sergeant Major – Army Warrant Officer Grant McFarlane.

Chief of Army Lieutenant General Rick Burr said the Army’s birthday was a day to recognise and remember all that the Army’s soldiers had achieved and endured over the past 118 years.

“We also acknowledge how these accomplishments put us in good stead to prepare for the contemporary environment – to be ready now and to become future ready,” Lieutenant General Burr said.

Army’s birthday celebrations included the presentation of the Theatre Honour Iraq which acknowledged the achievements of Australian soldiers during operations in Iraq.

“This title will be adorned on the new Army Banner and we pride ourselves on the Army values of courage, initiative, respect and teamwork,” Lieutenant General Burr said.

“Today we celebrate these values and the high ethical standards to which we hold ourselves accountable.

“Our people are our Army – they lead, inspire and make a difference.”

The retiring Army Banner, replaced because of its deteriorating condition, was presented in 2001 as a gift from the nation to commemorate the Centenary of the Australian Army.

It will be laid up at the Blamey Barracks Chapel, Army Recruit Training Centre, Kapooka, NSW. 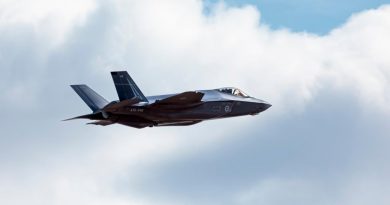 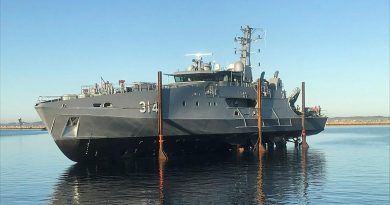