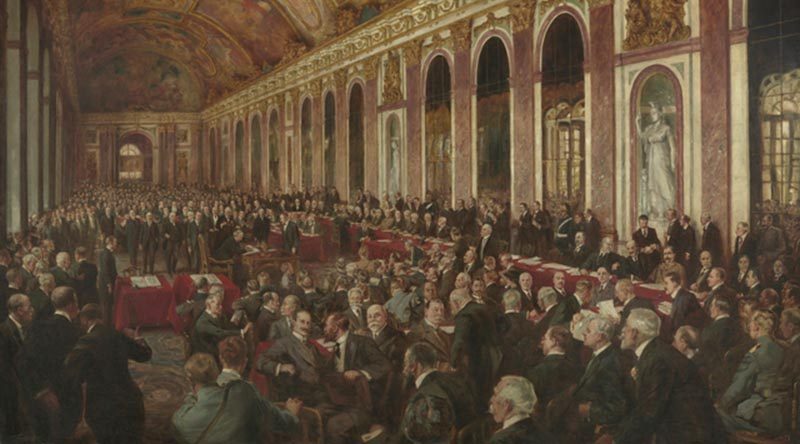 Today marks a century of the signing of the Treaty of Versailles, formally ending hostilities during the First World War between the Allied powers and Germany.

ART: A painting by Joseph Finnemore in 1919 to commemorate the signing of the peace treaty in Versailles, capturing a moment during the signing ceremony in the Hall of Mirrors in the Palace of Versailles. Oil on linen, 165 x 247cm. Australian War Memorial ART16770.

Minister for Veterans and Defence Personnel Darren Chester said that while the Armistice was signed on 11 November 1918, and much of Germany’s capacity to wage war had been destroyed, the terms of the peace treaty still had to be finalised.

“This was Australia’s first significant experience of participating in international diplomacy, in which Australia emerged as a proud, more confident nation with a place on the global stage,” Mr Chester said.

“After six months of negotiations at the Paris Peace Conference, the Treaty was signed in the famed Hall of Mirrors at the Palace of Versailles by representatives of 32 countries.

“For Australia, the First World War remains our costliest conflict in terms of lives lost and casualties, with more than 60,000 killed and 156,000 wounded, gassed or taken prisoner.

“We will always remember the fallen along with their families and loved ones who supported them in their service to our nation.”

The Treaty of Versailles related to establishing the conditions of peace with Germany.

Major sanctions imposed by the treaty included the disarmament of Germany, payment of very large reparations to the allies and demilitarisation of the Rhineland.

It also involved the surrender of territory that had been part of Germany before the war, including Alsace-Lorraine to France and substantial areas to Poland. 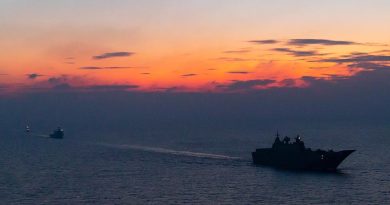 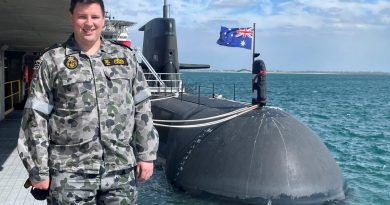 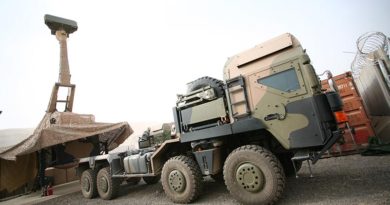