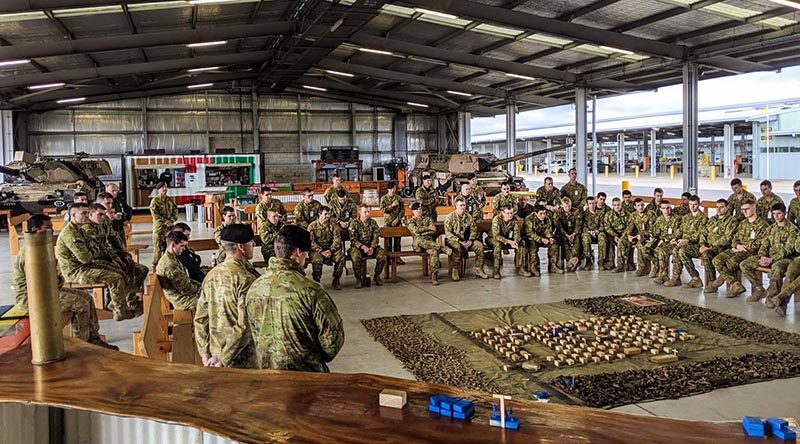 To commemorate the Battle of Binh Ba, current troop leaders, tank crewman and RAEME personnel from B Squadron, 1st Armoured Regiment, recently presented a case study on the battle to members of the regiment.

The presentation was supported by a very detailed model, replays of recorded radio transmissions from the battle and imagery of the events that occurred over 6-8 June 1969.

Then, on the 6th June, members of 1st Armoured Regiment attended official commemorative services held at the National Vietnam Memorial and the Australian War Memorial, in Canberra.

OC B Squadron, 1st Armoured Regiment, said Binh Ba commemorations were an important day in the history of the regiment.

“Today marks the 50th anniversary of the Battle of Binh Ba – a significant action in South Vietnam for which the regiment was awarded one of its battle honours,” he said.

“It was an absolute honour and privilege to attend the commemorative service and meet with some of the B Squadron tank crews who served in the battle.

“They are a credit to themselves, their call sign and their mates.

“The young men and women of B Squadron today remain proud, modern custodians of our history and it is the greatest privilege to serve alongside them. 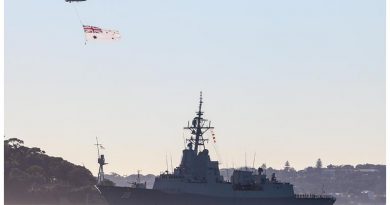 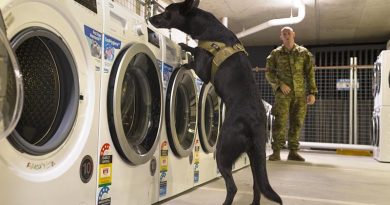