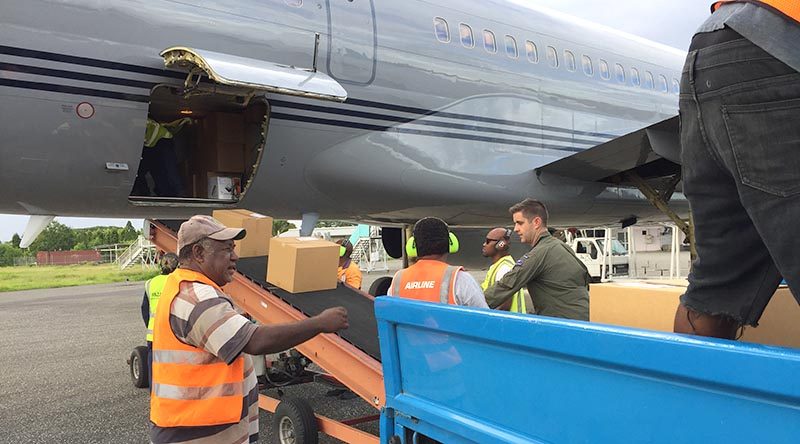 The New Zealand Defence Force has delivered about 2 tonnes of voting equipment to the Solomon Islands for the South Pacific country’s national and provincial elections later this year.

“New Zealand, together with our Pacific partners, contributed to restoring peace and stability in the Solomon Islands in the early 2000s,” Air Commodore Walshe said.

“We are pleased that we can support the Solomon Islands again in a tangible way as it prepares for the elections.”

Flight Lieutenant Sam Hatrick, aircraft captain from the Royal New Zealand Air Force’s No.40 Squadron, said an RNZAF Boeing 757 aircraft on a scheduled flight to the Pacific flew to Honiara to deliver the voting equipment, as well as operational supplies for The Fred Hollows Foundation New Zealand, a non-governmental organisation working in the Pacific to treat and prevent blindness.

Engagement Director Margi Mellsop said the foundation’s Regional Eye Centre in Honiara would use the supplies to deliver eye-care services to communities across the country.

“We have been working for more than a year to get these materials to the Solomon Islands,” Ms Mellsop said.

“Without the NZDF’s assistance we would not have been able to get them there.” 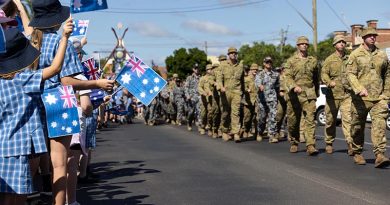 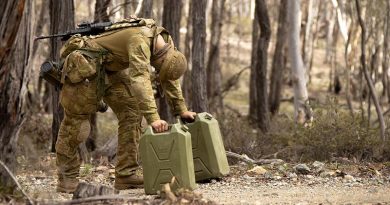