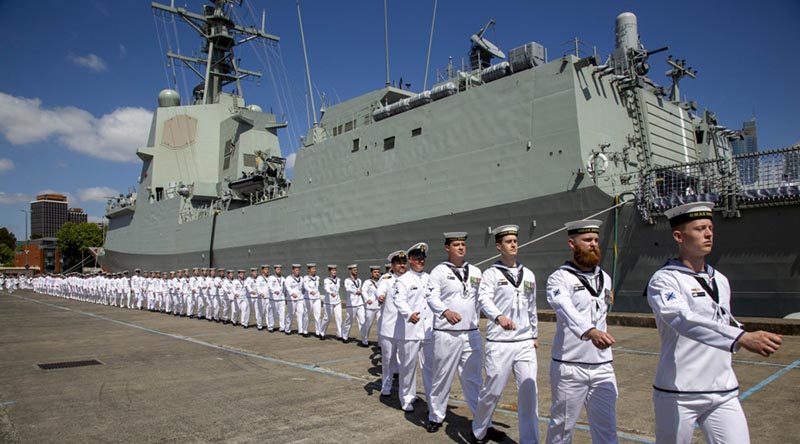 The Royal Australian Navy welcomed a new ship into the fleet yesterday, with the commissioning of the guided missile destroyer HMAS Brisbane (III).

CAPTION: The commissioning crew of HMAS Brisbane march on to their new ship during a ceremony at Fleet Base East. Photo by Leading Seaman Nicolas Gonzalez.

In the ceremony at the Garden Island Naval Base in Sydney, Brisbane officially became one of Her Majesty’s Australian Ships.

Before an audience of dignitaries, family and friends, Commander of the Australian Fleet Rear Admiral Jonathan Mead welcomed Brisbane.

During the ceremony Governor-General Sir Peter Cosgrove inspected Brisbane’s crew and HMAS Brisbane received a blessing. The Australian White Ensign was hoisted signifying completion of the commissioning. The crew marched onboard for the first time, where they cheered ship, as a mark of honour.

Commissioning marks a major milestone in the life of a ship and the enhancement of Navy’s capability to protect our maritime interests.

The second of three Hobart-class guided missile destroyers, Brisbane is the third ship to carry the name.

Her motto, ‘Aim At Higher Things’ encompasses Navy’s core objectives of being a fighting Navy and a thinking Navy.

Brisbane’s Commanding Officer Commander Josh Wilson said he was proud to lead the ship’s company as she joins the Australian Navy surface fleet.

“My crew and I are honoured to continue the name and proud history of Brisbane in the Royal Australian Navy and excited to be given the opportunity to realise the incredible capability she represents,” Commander Wilson said.

Brisbane will now undergo her test and evaluation period where she will integrate into the fleet and Navy personnel will train to operate the warship.

Brisbane will provide air defence for accompanying ships, in addition to land forces and infrastructure in coastal areas, and for self-protection against missiles and aircraft. 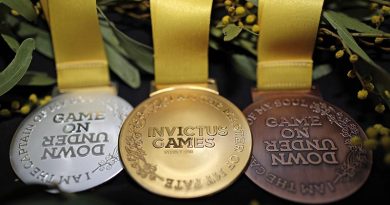