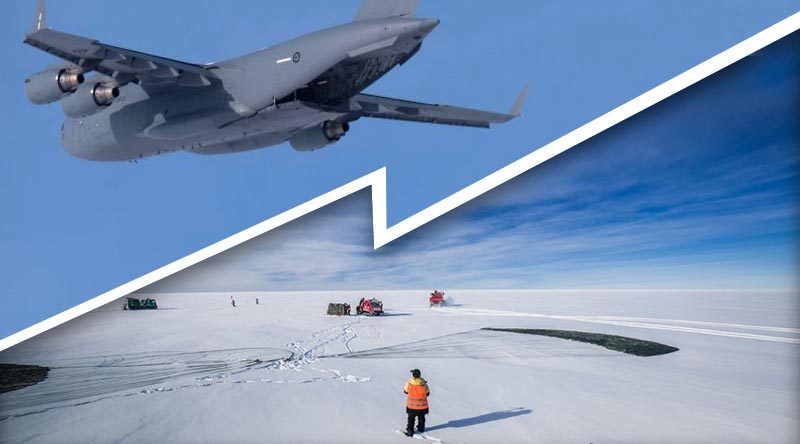 Australian Army personnel from 176th Air Dispatch Squadron supported the preparation of the parachutes and loading of the equipment onto the C-17A.

“The snow blowers are essential for preparing the glacial runway surface and are used to remove the snow which builds up over the winter period,” Mr Clifton said.

“Unfortunately for the team opening the runway, both blowers have had separate mechanical issues and we’ve had to source replacement parts from Germany and Norway.

“This airdrop ensures our intercontinental flights can start as scheduled at the end of October.”

It took the C-17A about 10 hours to make the 7000km return trip from Hobart to Casey Station.

RAAF Pilot Flight Lieutenant James Tockuss said the cargo was dropped onto the plateau, about 10km behind station.

“We descended to about 300 metres above the ice, and opened up the back of the Globemaster to deploy the equipment by parachute,” Flight Lieutenant Tockuss said.

“Luckily the weather was perfect, with blue skies, light winds and the temperature hovering around minus 20 degrees Celsius, ensuring we hit the target landing site.”

The snow blowers will be repaired on station before being driven the 70km inland to Wilkins Aerodrome.

RAAF has been supporting the Australian Antarctic Program through Operation Southern Discovery since 2016. 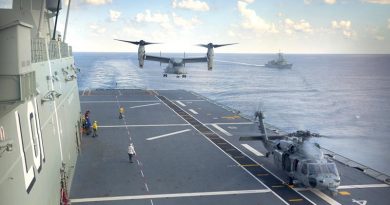 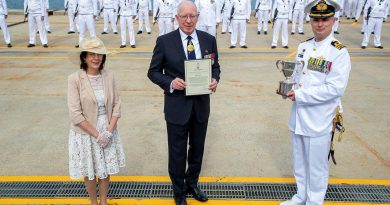