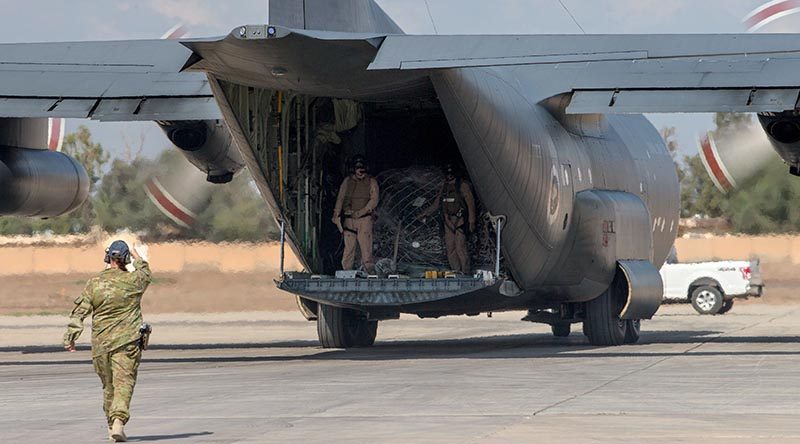 The New Zealand Defence Force’s air transport team has flown about 200 tonnes of supplies and 1000 troops across the Middle East since May, contributing to what international partners refer to as the ‘lifeblood’ of coalition operations in the region.

A 32-strong NZDF detachment and a Royal New Zealand Air Force C-130 Hercules aircraft have been operating with the Australian Defence Force’s Air Mobility Task Group to transport supplies and personnel required for New Zealand, Australian and coalition operations in the Middle East.

Commander of the air transport team’s first rotation Squadron Leader Brad Scott said the contingent’s air-transport mission had given them an opportunity to work once again with their partners and illustrate New Zealand’s commitment to regional security.

“We flew our first mission the week after we arrived. Since then, the team has provided regular air transport to various locations across the region,” Squadron Leader Scott said.

“This is the key – despite different crews, aircraft and operating procedures, the NZDF detachment integration into ADF planning and operations has been straightforward.

“The Kiwis have been highly capable and supportive of our intra-theatre air mobility mission.

“The C-130s are the lifeblood that keep the supply lines open across the Middle East, so the New Zealand team’s integration with us is vitally important to mission success.

“And the NZDF detachment have kept a strong sense of humour and diplomacy in the face of a high operational tempo.”

On a similar six-month deployment in 2016 an NZDF air transport mission transported nearly 800 tonnes of supplies and about 3200 military personnel to Iraq and Afghanistan.

A month-long mission in 2017 transported 120 tonnes of supplies and about 500 personnel supporting coalition operations in the Middle East. 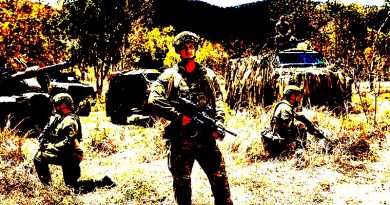