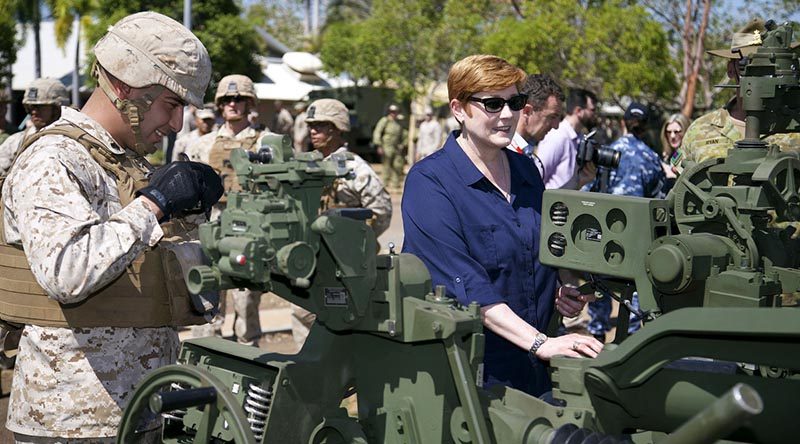 “Lieutenant General Berger and I discussed the continued importance of regional engagement between the ADF, Marine Rotational Force – Darwin, and regional partners such as the Philippines, Japan and Timor-Leste,” Minister Payne said.

“As Secretary Mattis and I emphasised at the Shangri La Dialogue last week, the peace and security generated by the United States’ presence in this region for the past 70 years has paid dividends.

“MRF-D is an essential ingredient in preserving stability and security in the region.

“This rotational deployment of US Marines is the largest and most complex rotation to date and our continued progress shows the strength of the alliance and our shared commitment to regional peace and security.

“Lieutenant General Berger, Major General Burr and I were able to see first hand the new capabilities the MRF-D has brought to Darwin through a combined training exercise using Australian and US M777 howitzers.

“We also had the opportunity to view the advanced technologies that are being utilised by the ADF and MRF-D with the Digital Terminal Control Suite flat screen training simulation.”

“The 2018 rotation provides the US Marine Corps, the ADF and other partners and allies with an exceptional opportunity to develop relationships and build shared military capabilities,” Lieutenant General Berger said.

“This will strengthen regional security cooperation and response to potential crises throughout the Indo-Pacific.

“The US Marine Corps is committed to promoting common security interests throughout the region, and continuing our tradition of more than 100 years of global partnership – ‘mateship’ – between Australia and the United States of America.”

During the six-month training period, the Marines are expected to participate in 15 training activities alongside the ADF.

While in Australia the US Marines also dedicate many hours volunteering in local communities, including committing personnel and resources to the clean-up of Tropical Cyclone Marcus earlier this year. 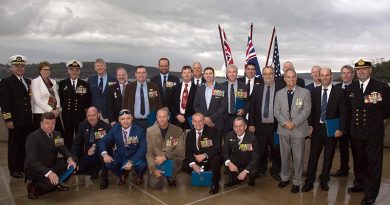 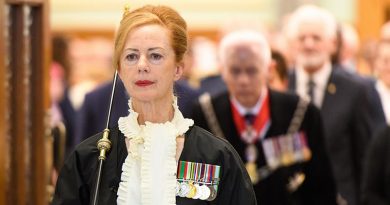 First ever female Usher of the Black Rod in New Zealand