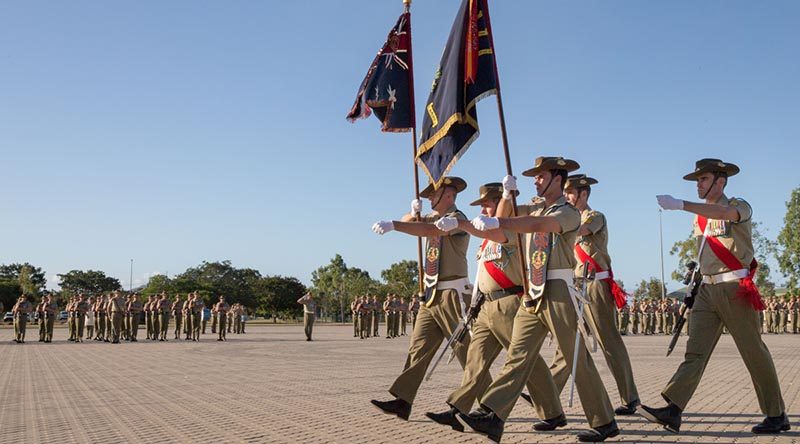 The 1st Battalion of the Royal Australian Regiment (1RAR), in conjunction with the 1RAR Association and the Townsville City Council, will conduct a series of ceremonial activities to commemorate the 50th anniversary of the Battle of Fire Support Base Coral.

Where:
Lavarack Barracks and The Strand, Townsville, QLD.

Ceremonial Parade will commence at 9am and is expected to last 90 minutes.

Governor General of Australia Sir Peter Cosgrove and  veterans of the Battle of Support Base Coral will attend the parade.

A Memorial Parade and ceremony will commence at 8:30am.

The march will move along The Strand between Tobruk pool and the Cenotaph, and be followed by a memorial ceremony.

The parade will include around 300 battalion members, with musical support from the 1RAR Band.

This parade will be also be attended by veterans of the Battle of Support Base Coral.

Also in attendance will be Governor General Sir Peter Cosgrove, as well as the Governor of New South Wales General (retd) David Hurley – both of whom are previous commanding officers of 1RAR.

The Parade will be hosted by Major General (retd) Mark Kelly, Colonel Commandant of the Royal Australian Infantry corps.

Commemorations will also include a Mayoral Reception at Jezzine Barracks on the evening of Tuesday 15 May, a gala formal dinner under the stars on the parade ground on the evening of 16 May, various reunions and a Battalion Open Day on Friday 18 May.