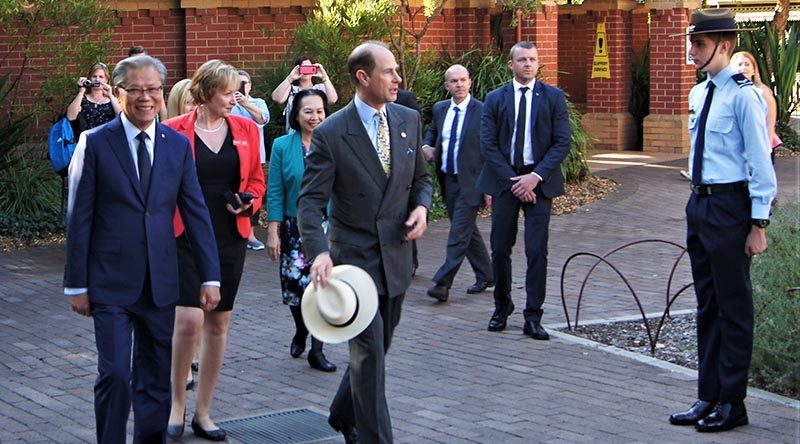 Air Force Cadets regularly stand or march on parade throughout the year – Australia Day, Anzac Day, promotion courses, end-of-year awards days to mention just a few – but only a privileged few are invited to form a Guard of Honour for a member of the Royal Family.

This month His Royal Highness Prince Edward, Earl of Wessex was in Australia for the Commonwealth Games and visited Adelaide, taking the opportunity to present badges and certificates in a Gold Award Ceremony to South Australian participants in the Duke of Edinburgh’s Award International Award.

Prince Edward is the youngest child, and third son, of Queen Elizabeth II and Prince Philip, Duke of Edinburgh.

In 2017 the Earl of Wessex assumed many public engagement duties from his father, and now represents Prince Philip as Patron of the Duke of Edinburgh’s Award Scheme.

The Duke of Edinburgh’s Award is available to all 14 to 25 year olds regardless of their background and comprises three levels, each progressively more challenging: Bronze, Silver and Gold.

Participants are required to complete four sections within each level: Service, Skill, Physical Recreation and an Adventurous Journey. 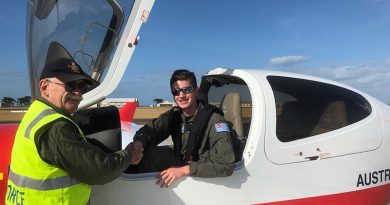 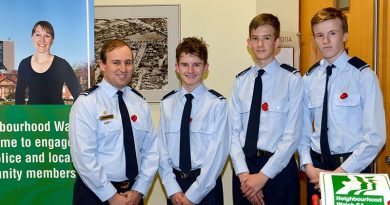 One thought on “6 Wing AAFC’s brush with Royalty”