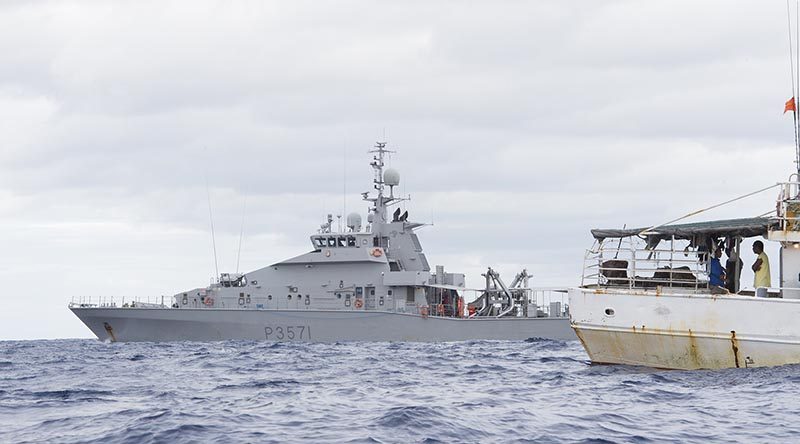 Combined maritime patrols between New Zealand and Fiji involving HMNZS Hawea have ended on a high note, with about 550 vessels boarded and 110 alleged infringements detected over the past seven months.

“Learning is reciprocal and I am sure Hawea’s crew also learnt from their deployment to Fiji,” Captain Tawake said.

Commander Joint Forces New Zealand Major General Tim Gall said that apart from the strong results achieved, other success stories from the patrols were the closer collaboration that had developed between New Zealand and Fiji government agencies and the stronger defence cooperation between the two countries.

“Operating with other militaries in a different environment offers an opportunity to test existing skills and learn new ones,” Major General Gall said.

“Our sailors and our Fijian partners integrated so well that they were able to operate together effectively and learn from each other.

“We hope to again use this model for future combined maritime surveillance operations with Fiji.”

Personnel from Fiji’s Ministry of Fisheries and Forest, Fiji Revenue and Customs Authority, and the Republic of Fiji Navy planned and led the patrols, while New Zealand’s Ministry for Primary Industries had compliance officers on Hawea providing fisheries support during the patrols.

New Zealand High Commissioner to Fiji Mark Ramsden said Fiji was one of New Zealand’s closest neighbours in the South West Pacific and the Arrangement of Cooperation reflected the close ties between the two nations and their shared security interests.

Commodore Gilmour said the patrols contributed to a wider multinational approach to enhance maritime surveillance in the South West Pacific.

“The NZDF regularly deploys our ships and aircraft to support countries in the region in monitoring and protecting their fishery resources,” Commodore Gilmour said.

“I am proud of both the New Zealand and Fijian personnel involved in the operation – their shared commitment has made it a success.”

HMNZS Hawea is scheduled to depart Suva for Auckland next week.