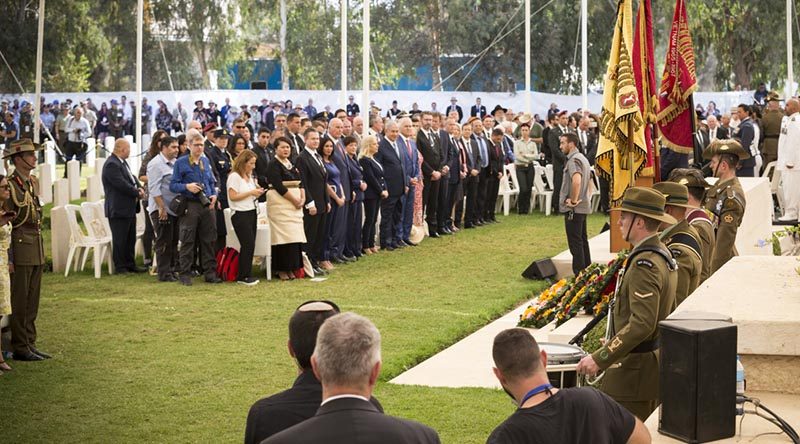 On Tuesday 31 October 2017, the Australian Defence Force participated in the Battle of Beersheba and Sinai-Palestine Campaign Centenary Service held at the Beersheba War Cemetery in Israel.

It was a joint Australian and New Zealand service to honour those who fought in the Battle of Beersheba in 1917.

The Battle of Beersheba took place on 31 October 1917. It was part of the wider British offensive known as the third Battle of Gaza.

The Battle of Beersheba was a significant all-day battle where the famous mounted charge of the 4th Light Horse Brigade led to the capture of the town of Be’er-Sheva, which enabled the British and Dominion forces to break the Ottoman line and advance into Palestine.

The Australians in the Middle East fought a mobile war against the Ottoman Empire. During the three years of war 1,394 Australians were killed or wounded.