The medal tally for the Australian team was impressive at the half way point of 2017 Invictus Games in Toronto earlier this week – with 37 medals won up to that point.

“I’ve been overwhelmed and amazed at the tenacity, strength and sportsmanship of our team,” she said.

“I’ve also been a bit teary on numerous occasions as I’ve watched the athletes over the past days – and I’ve probably hugged more people than ever before in my life.

“This just goes to show the incredible influence and inspiration this team has on myself and others.

“Watching the smiles, laughter and personal improvements demonstrates how far we have all come in the past nine months.”

The Invictus Games is an initiative of HRH Prince Harry and is an international adaptive sports competition for wounded, injured and ill serving and former serving military personnel.

The Invictus Games are being held from 23–30 September 2017 and have brought together over 550 serving and former military personnel from 17 nations.

Watch some of the action in video: 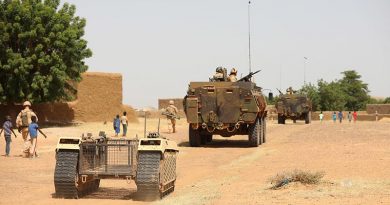