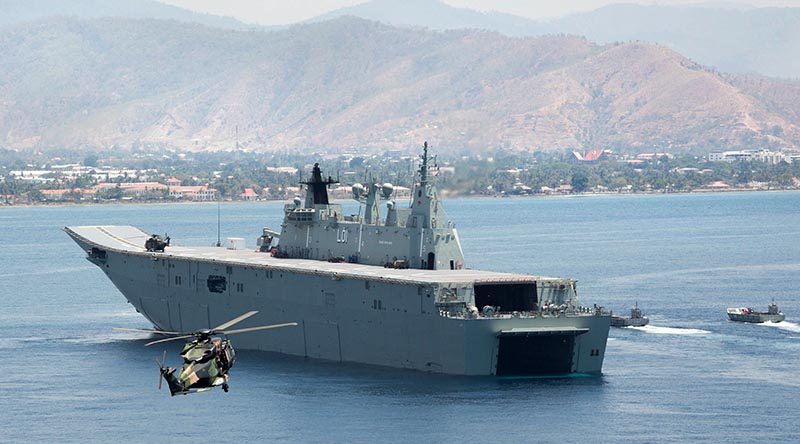 HMAS Adelaide called into Dili, East Timor, on 20 September to deliver a role-2 portable hospital ahead of Exercise Hari’i Hamutuk.

“The containers were transported to the Australian Defence Cooperation and United States Navy SeaBees compound to support Exercise Hari’i Hamatuk, an annual multinational engineering exercise when it commences next month,” Captain Earley said.

Exercise Hari’i Hamatuk will see Australian, Japan, US and Timor-Leste military forces working side by side to build skills and support Timor-Leste’s development.

“Delivering these supplies to Dili is a great opportunity for Indo-Pacific Endeavour 2017 to demonstrate HMAS Adelaide’s amphibious capability and the humanitarian assistance and medical capability the ADF brings to the region,” Captain Earley said.

The stop-over also provided an opportunity for Captain Earley to meet with the newly appointed Timorese Minister for Defence, Jose Agostinho Sequeria, and Australian Ambassador Peter Doyle, as well as other key counterparts, who were transported to Adelaide by the ship’s MRH-90 helicopter.

“It was pleasing to build a relationship with this high-level delegation and provide them with a first-hand demonstration of Adelaide’s unique capabilities that may assist in times of need such as humanitarian assistance and disaster relief,” Captain Earley said.

“Timor-Leste will always be important to Australia, reflecting our proximity, our historical ties and our shared interest in regional stability.

“Activities like Indo-Pacific Endeavour generate personal relationships, shared experiences and common understanding with regional partners that are crucial to success in times of uncertainty or crisis.”

With six ships and more than 1300 personnel, Indo-Pacific Endeavour is the largest coordinated task group to deploy to the region for more than 40 years.

HMA Ships Adelaide and Toowoomba will now transit to Jakarta for a port visit. 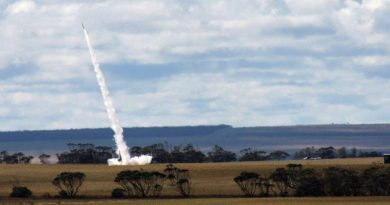 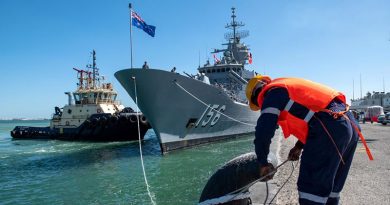 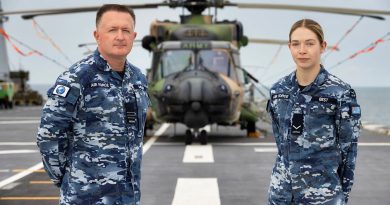