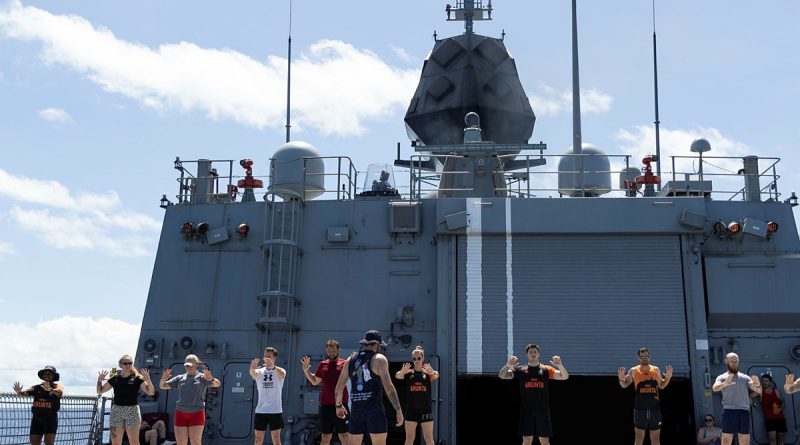 Leading Seaman physical training instructor Sarah Fryer created the WOD, which was launched at Navy establishments and units around the country on December 1.

The day marked the 80th anniversary of the sinking of HMAS Armidale I, when Ordinary Seaman Sheean was killed in action in 1942.

Arunta’s crew worked out as the Anzac-class frigate was sailing in the Pacific on a regional presence deployment.

Despite 30-degree heat and nearly 90 per cent humidity in the morning, dozens of sailors and officers flooded the flight deck to take part.

Leading Seaman Physical Training Instructor Daniel Santa-Agueda said it was an unreal workout for a great cause.

“I’m proud of the members of HMAS Arunta, who came out and did their part,” Leading Seaman Santa-Agueda said.

“I’m keen to see this tradition carry on year after year.”

He said it was an outstanding idea to create a physical fitness challenge to honour the late sailor’s heroism.

Arunta’s event ran for over two hours in the morning and then again at dusk, with time slots every 25 minutes on the flight deck to share the load, and for different watches to attend.

The workout focused on upper-body strength, acknowledging the physical exertion of Teddy Sheean and his shipmates.

Armidale was attacked by Imperial Japanese aircraft off the coast of East Timor.

Teddy Sheean was last seen firing a deck gun on the sinking ship.

The WOD 240m sprint acknowledged the hull number of Armidale, while the number of repetitions in the workout – 12, 18 and 20 – represented the month Teddy died, his age and the 20mm Oerlikon gun.

“It was a great day to test my physical limits with my shipmates to honour one of our fallen heroes” she said. 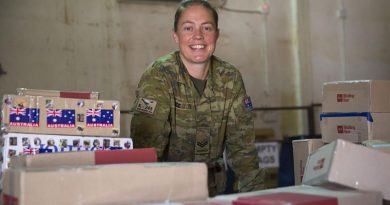 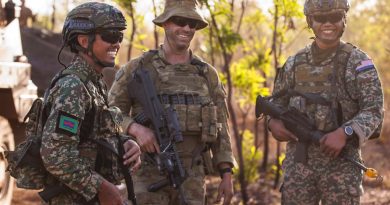 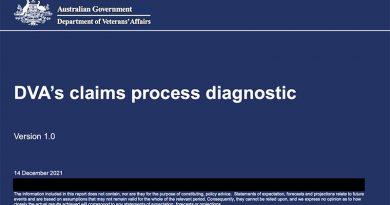