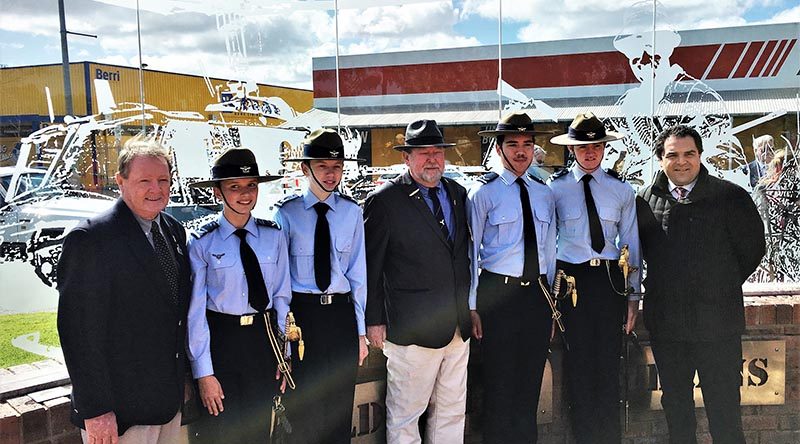 This year, the commemorative service formed part of the Vietnam Veterans Associations of Australia National Conference.

The cadets mounted a Catafalque Party for the service led by Cadet Corporal Owen Parry.

Owen Parry joined the AAFC in April 2014. He has completed the Basic Stage of the AAFC home training curriculum, and has qualified for the Single Gold Rifle Badge through completion of a .22 firearms safety-training elective. This year he was made an Acting Cadet Corporal, and is currently serving as the Assistant Training Officer for 603 Squadron.

Commanding Officer of No 603 Squadron, Warrant Officer (AAFC) Jonathan Sutton said, “The cadets did an excellent job and represented our unit well, receiving many comments from ex-Servicemen/women, including Australian Navy personnel who were present, and all the local community representatives”.

The activity was also attended by Federal Member for Barker Tony Pasin and the Berri Barmera Mayor Peter Hunt.

The service was conducted at the Post-World War 2 Veteran’s Memorial on Berri’s Historic Riverfront, facing the River Murray.

This memorial was erected by the Riverland Vietnam Veterans Association with the support of the Riverland Community in honour of locals who served in the various campaigns after World War 2. It was dedicated on 30 October 2009.

No 603 Squadron is based at the Berri Defence Depot in Berri, and services the Riverland Region of South Australia. They conduct training on Friday nights from 6.45 to 10.15 pm during school terms. 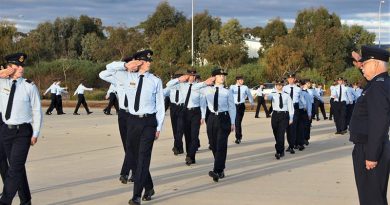 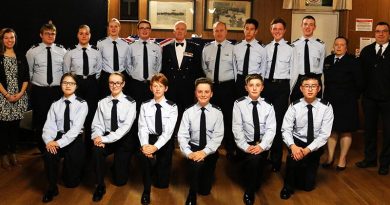