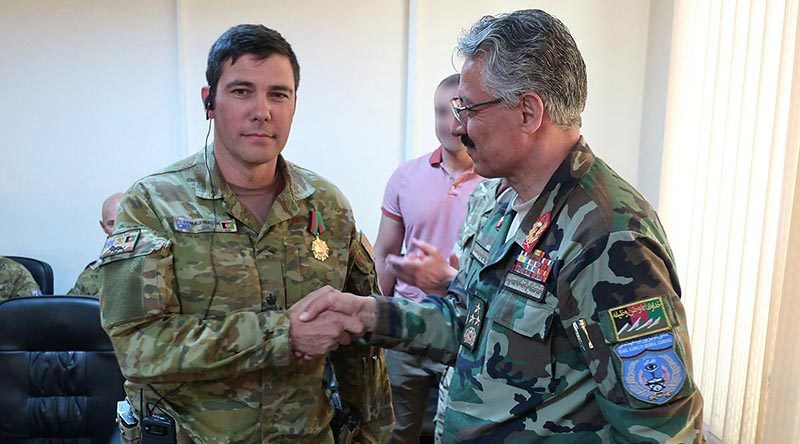 Major Walsh was presented the medal for his outstanding mentoring and commitment to the development of KGGC Public Affairs and Information Operations capability.

The award came as a surprise to Major Walsh, who has spent the past eight months on Operation Highroad embedded with the three star headquarters as part of the ADF KGGC AT-2.

“I’m very humbled, it was a bit of a surprise given the fact that I’ve not heard of any Australian receiving the award, it’s certainly not something I was expecting,” Major Walsh said.

“I’m very appreciative of them having valued my contribution and glad I could have done it.”

Major Walsh hopes the inroads made during his time as Public Affairs, Information Operations and Cultural and Religious Affairs Advisor is carried on by his mentee.

“I’d like to wish my mentee well for the future and hope he perseveres with all the work we have achieved together in establishing the media centre and Intelligence Fusion Centre at KGGC,” Major Walsh said. 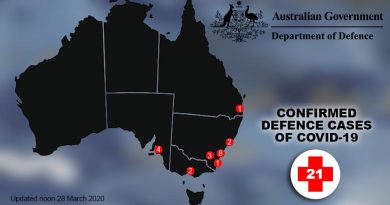 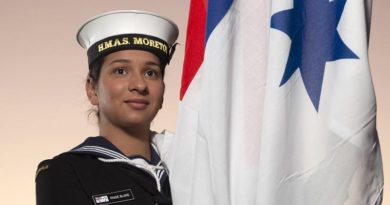 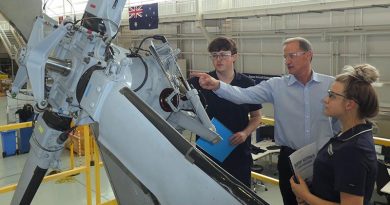