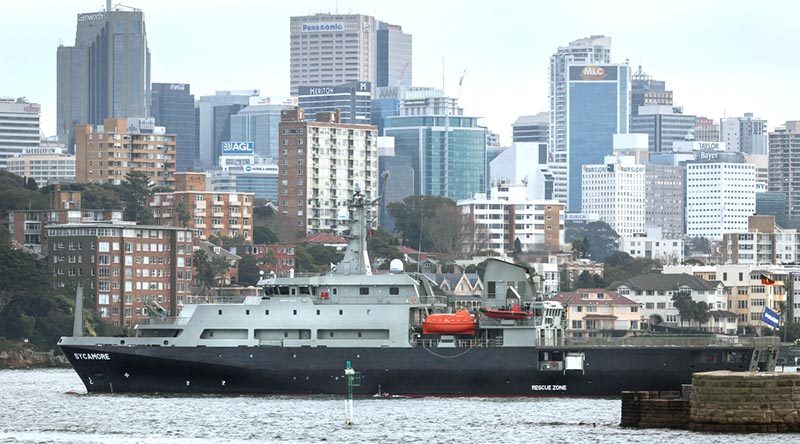 MV Sycamore is owned and operated by Defence Maritime Services – a subsidiary of Serco – and has a core civilian crew of 17, which will be supplemented across the range of training activities by Australian Defence Force and other government personnel as required.

The ship was built in Vietnam by Damen Shipyards Group of Holland and completed her sea-worthiness trials in April before setting sail for Australia.

MV Sycamore is based on Damen’s successful and proven OPV [offshore patrol vessel] series, which has also been shortlisted (along with Fassmer of Germany and Luerssen of Germany) for the Navy’s SEA 1180 Phase 1 Offshore Patrol Vessels (OPV) project, to replace the Armidale-class patrol boats.

Under the government’s recently announced continuous ship-building program, construction of the first two OPVs will begin in South Australian next year and transition to Western Australian when the Future Frigate build commences.

MV Sycamore will be home-ported in Sydney but is expected to spend a lot of time in the Jervis Bay area as it works closely with the new Helicopter Aircrew Training System (HATS), based at HMAS Albatross, in Nowra, where about $500 million in facilities upgrades are currently under way. 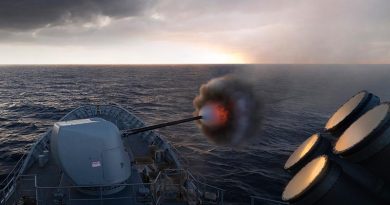