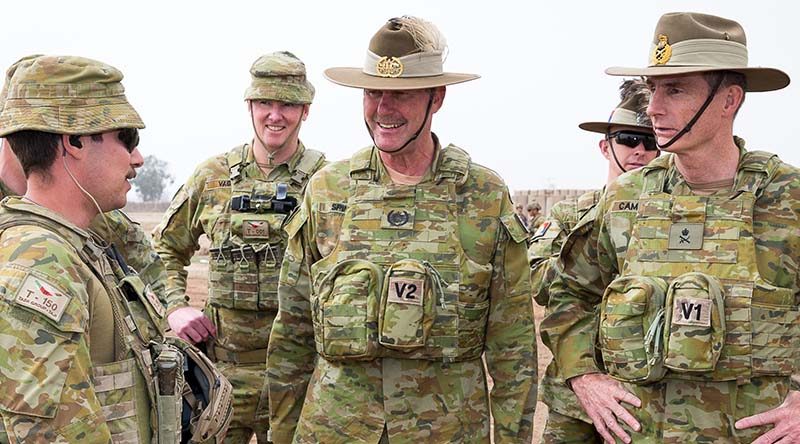 Chief of Army Lieutenant General Angus Campbell capped off a busy visit to the Middle East by presenting the Duntroon Sword of Honour at a Afghan National Army Officer Academy Graduation parade.

The pair met with troops at Australia’s main operating and logistic bases, also travelling extensively in Afghanistan and Iraq.

In Qargha, Kabul, they had the honour of attending the Afghan National Army Officer Academy’s eighth graduation ceremony, where 340 cadets, including 23 women marched out as proud officers of the Afghan Army.

Lieutenant General Campbell presented 2nd Lieutenant Toofan A-Zahir with the Duntroon Sword of Honour – a tradition from Australia’s Royal Military College Duntroon where the award is presented to the cadet who displays “exemplary conduct and performance of duty” over the duration of the course.

There are approximately 80 ADF mentors, force protection and support personnel based at ANAOA.

Their role is to train and develop the next generation of Afghan National Army leaders, alongside training partners from the UK, New Zealand and Denmark, as part of Operation Highroad.

“To the institution and mentors of the ANAOA, thank you for your great work,” he said.

“By your efforts, more than 2000 officers have graduated and are serving in your great army.

“As new graduates you are the future of the Afghan National Army and I wish you good soldiering.”

At Australia’s main operating base, Camp Baird, both senior leaders toured HQ JTF 633 before spending the evening meeting and chatting with deployed troops.

WO Spinks reassured the troops that their role on operations was very important.

“You are representing our nation and doing our government’s work.

Chief of Army and RSM-A also visited Task Group Taji IV (TGT-4) in Iraq as part of a four-day visit to troops deployed in the Middle East.

TGT-4 is a combined force of more than 400 troops, made up of Australians deployed on Operation Okra and New Zealand defence personnel.

Lieutenant General Campbell said he was impressed by the quality and professionalism of the training he saw delivered to small groups of Iraqi personnel, up to company-level operations.

“It’s wonderful to return to Taji, and see how the work of Task Group Taji has grown and expanded to include the police as well as the Iraqi Army.

“The Iraqis are clearly enthusiastic about the training and appreciate the efforts of the Anzac soldiers to teach them, build their confidence and inspire them as leaders.”

TG Taji is in Iraq at the request of the Iraqi Government to build partner capacity by training and mentoring Iraqi Security Forces.

Since 2015 the Task Group has evolved and has trained more than 20,000 Iraqi personnel.

“The training here is serious business. Many of the trainees here will enter the fight in Mosul,” Lieutenant General Campbell said.

“It’s great to see how effective our people are, in engaging and working with the Iraqis.”

Lieutenant General Campbell also visited Northern Baghdad Operational Command (NBOC) during his visit, where TGT-4 is performing an ‘advise and assist’ role – providing the Iraqi Army with advice and assistance to support the planning and conduct of operations in the area surrounding the Taji Military Complex and the northern approaches to Baghdad.

He also visited key supporting elements, including ISR Coy and the Role 2 Enhanced Hospital staffed by members of the Task Group’s Health Company. 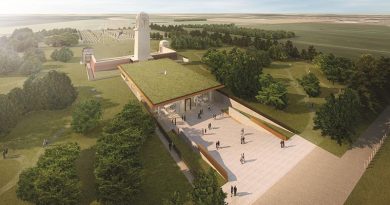