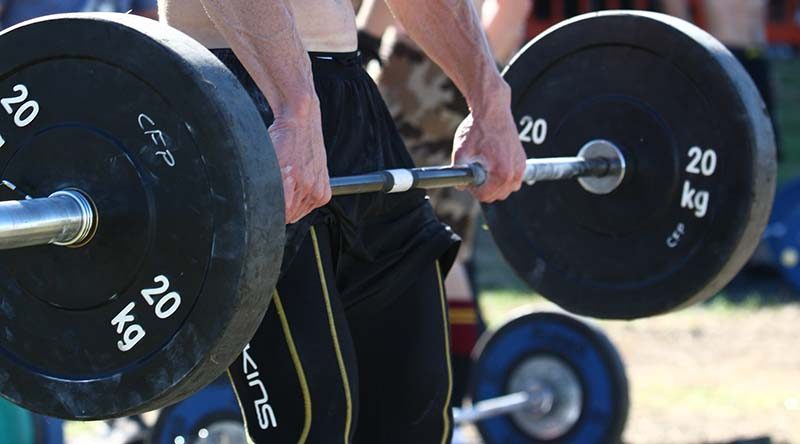 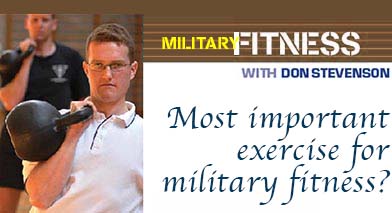 If you could pick one exercise that defines strength, what would it be?

For most guys who spend any time in gyms, the immediate answer is going to be the bench press.

But for my money, the exercises that defines ‘strong’ above all others is the deadlift.

CAPTION: Deadlifting for max reps at a Crossfit comp. Photo by Brian Hartigan.

The bench press is a great exercise for developing upper-body strength and mass but in practical terms it tests strength in a manner rarely seen outside of the gym – horizontal pushing with the back braced.

So, when it comes to determining who is strong and then developing that strength to extraordinary levels, the deadlift can’t be beaten.

Depending on the variations used, the deadlift can help develop virtually every muscle from the finger tips to the toes (notable exception for the chest, but I’m not suggesting you give up bench pressing, just the idea that it proves you are strong) and it is the single most functional strength exercise for military fitness, most sports and life in general.

One of the great mysteries to me is why the military has never focused on developing great deadlift strength in trainees and then throws them into situations where good back strength and stability are so important.

Every program I write for military fitness, from beginner to SF selection, includes deadlifts or deadlift-related exercises – no exceptions!

So, now it’s time to look at some deadlift variations and training methods.

There are dozens of variations of deadlifts for different purposes, but over the years I have discovered that for military fitness and for developing a superior level of back strength, there are two main variations that cover all the bases.

Beat The Beep Test by Don Stevenson is an 89-page complete e-guide to beep-test training and preparation.

The first is the conventional deadlift. This exercise is performed with the feet directly under the hips and the hands placed at about shoulder width apart. The bar starts on the floor and is lifted with the legs and back until you are standing up straight. This variation of the deadlift allows for large loads to be used and challenges all of the major muscles of the posterior chain, legs and arms.

The second variation is the snatch-grip deadlift standing on a block, with a slow negative. This deadlift is performed with approximately half the load of the conventional deadlift and is a fantastic exercise for developing the muscles in the upper, middle and lower back that are responsible for holding your spine in extension during conventional deadlifts, squats, power cleans and any other activity where you are lifting loads.

To perform this exercise you will need a block about 5 to 7cm high to stand on (a weight plate or two is normally sufficient) and you will want to use weightlifting straps as the slow negative is very hard on the grip.

Stand on the block and take a grip outside the small smooth rings on an Olympic barbell using the straps. From here, set yourself with the hips low and the chest up. The initial movement is more squat than deadlift and you will feel your quads working quite hard.

Once you get to lockout, lower the weight with a 4-5 second negative and then immediately lift the bar again.

I like sets of five to six reps and suggest starting with 40% of your best deadlift and work up to 50 to 60%.

When performing deadlifts, it is very important to work on keeping your spine extended so as not to place unnecessary strain on the ligaments and discs in the lower back.

Training for deadlifts is a huge topic and there are dozens of programs that can be used to push your strength up.

At the most basic level, I like to perform heavy low-rep deadlifts once per week starting with five sets of five reps and then reducing the reps each week by one while increasing the weight.

Then on another day I will program another deadlift variation such as the snatch grip deadlift for six sets of six with 50% of the weight used on the heavy day.

For a more intensive deadlift program I will schedule in a heavy day, a day of speed deadlifts (conventional deadlifts with 60 to 70% of max performed with maximum speed on each rep) and two days of assistance work like snatch-grip deadlifts, kettlebell swings or back extensions.

Of course, during such an extensive program I will reduce the volume of squats and other leg work to avoid burnout.

So there you have it. Hopefully the tips above will put you on the path to your first double-bodyweight deadlift (my minimum standard for men) or beyond. 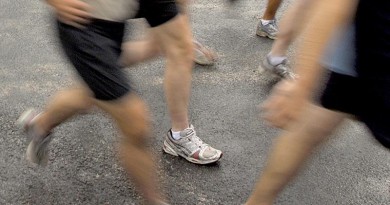 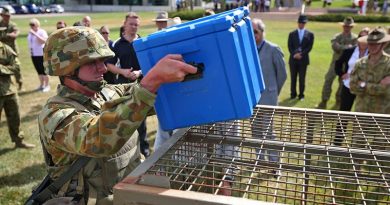 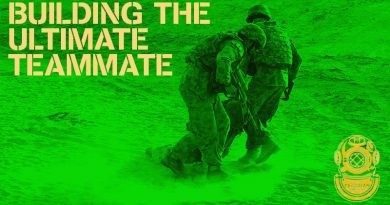