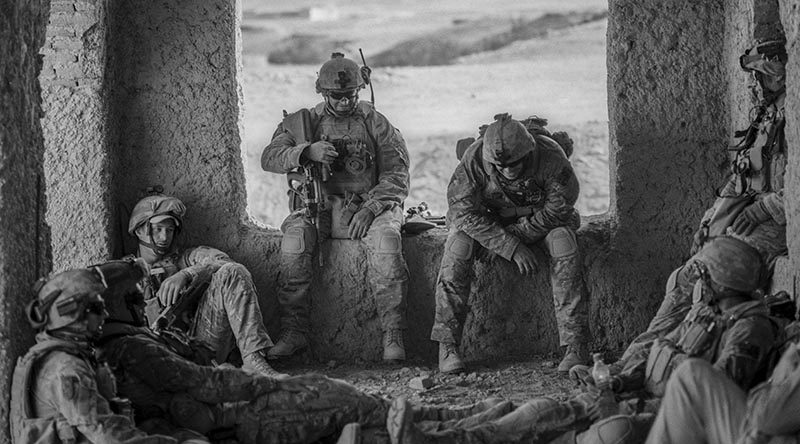 The Photography Room in the Old Bus Depot in Canberra will open a new exhibition on Friday this week (invitation only), featuring a good friend of CONTACT magazine – Gary Ramage.

The new exhibitions will be officially opened by Dr Brendan Nelson, Director of the Australian War Memorial, and will be open to the public on Sundays from 10am to 4pm, or by appointment.

The Main Gallery will host a collection of 25 large black & white prints made from medium-format negative film shot in Afghanistan (2011), plus three artist’s proofs, by Gary Ramage.

Also on show is a photographic celebration of everyday concrete structures in Half Tone (2016-7) by Scot Newman and a large selection of diptych portraits of Canberra’s creatives at work, in The Makers (2016-17) by Rohan Thomson.

He was awarded the Walkley for Press Photographer of the Year in 2015.

Gary is one of Australia’s leading news and documentary photojournalists, with more than 24 years experience in the industry (including in the Australian Army, rising to Corps Sergeant Major of the Australian Army Public Relations Service) and is currently the chief photographer for News Corp, covering Australian federal politics as well as national and international news stories of significance.

Gary has documented conflicts all over the world, including Somalia, Bougainville, Bosnia, Kosovo, East Timor, Iraq and Afghanistan.

He’s also travelled extensively around the world on news assignments.

“My photography [for this exhibition] in Afghanistan focused on the everyday work of the soldiers with whom I was embedded,” Gary said.

“Capturing the moment when the light and subject combined to form an image that told the story I was seeing – that was the exhilarating challenge I faced every day.

“I chose to make these images in black and white on medium-format film (6×6) because I wanted to use a format that I trusted would last forever as I recorded the work of Australian diggers, just as Frank Hurley and Damien Parer had done before me.”

The Photography Room is at Old Bus Depot, 21 Wentworth Avenue, Kingston Foreshore, Canberra, ACT and the exhibition runs until 30 April. Opening hours are 10am-4pm every Sunday or by appointment via mail@thephotographyroom.com.au or phone 0408 662 996. 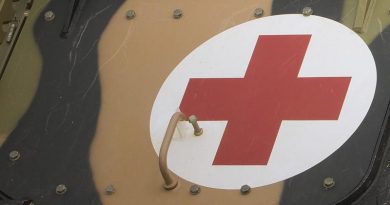 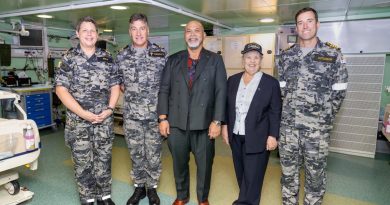 President’s thanks for making Nauru safer 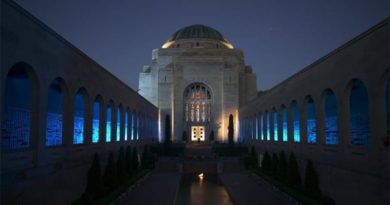