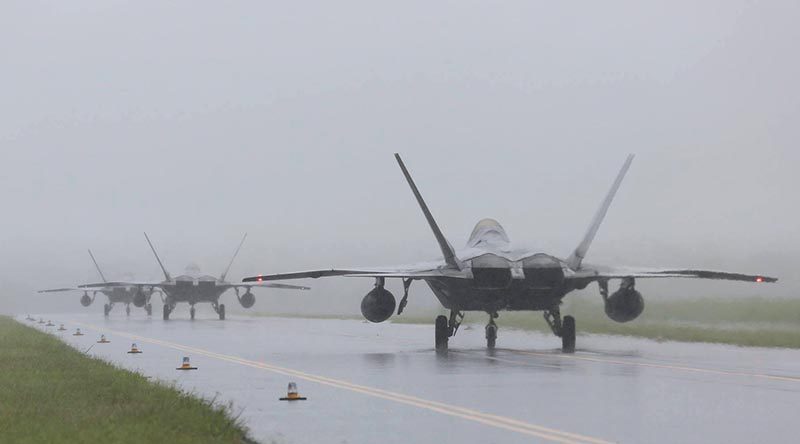 A squadron of United States Air Force F-22 Raptors will arrive in Australia today for a series of advanced warfighting exercises with the RAAF.

CAPTION: F-22s arrive at RAAF Base Tindal during a monsoonal downpour. Photo by Sergeant Andrew Eddie.

Minister for Defence Marise Payne said the visit was the first ‘Enhanced Air Cooperation’ (EAC) activity in Australia under US Force Posture Initiatives.

The visiting F-22s will be located at RAAF Base Tindal.

This will be the largest and longest rotation of fifth-generation aircraft to visit Australia to date.

“The EAC aims to strengthen bilateral collaboration and interoperability with the United States.

“The commencement of EAC activities in 2017 will continue to strengthen our already close air-to-air relationship with the United States.

“EAC will build on a range of air exercises and training activities already undertaken between Australia and the United States.

“While EAC will see an increase in training, it will be on a short-term rotational basis using Australian facilities.”

The USAF F-22s along with the RAAF’s F/A-18A/B Hornets will also conduct short training visits to Townsville.

The F-22s will also be on public display at the Australian International Air Show in Avalon.

“Commencement of EAC activities will be followed by the sixth rotation of United States Marine Corps personnel to Darwin,” Minister Payne said.

“The 2017 rotation, arriving in Darwin in April, is forecast to be the most complex Marine Air Ground Task Force deployed to Australia.

“Approximately 1250 marines and up to 13 aircraft, including four MV-22 Osprey, will create opportunities for more complex and sophisticated training activities.” 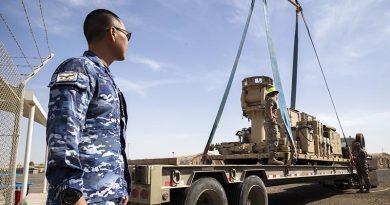 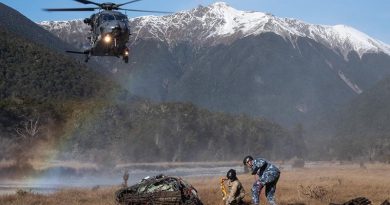