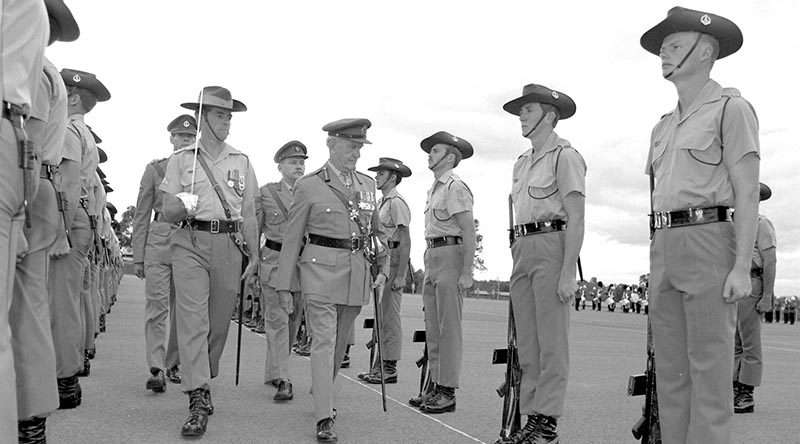 Today is the 63rd anniversary of the signing of the armistice that ended the Korean War.

FILE PHOTO (1983): Soldiers of 3RAR parade at Holsworthy parade for the 32nd anniversary of The Battle of Kapyong. They are inspected by the Colonel Commandant of The Royal Australian Regiment , General Sir Arthur Macdonald, escorted by Lieutenant Colonel Jim Connolly, CO 3RAR. Also on parade were 120 Scots Guards, in Australia for training with 3RAR. Australian Army file photo by Private Talon.

Some 18,000 Australians served in Korea, including during the post-armistice period, with more than 350 Australians losing their lives and some 1500 wounded.

Minister for Veterans’ Affairs Dan Tehan said Australians should pause and remember those who served in the Korean War and post armistice period, today.

“Australia’s role in the Korean War and the post-armistice period was another proud chapter in the nation’s military history,” Mr Tehan said.

“Our soldiers, sailors, airmen and nurses made an important contribution to the international effort and furthered our reputation as a nation willing and able to do its part.

“On the anniversary of the signing of the armistice we should reflect on the service and sacrifice of the men and women who served in the Korean War and the post-armistice period.

“We should also reflect on more than 350 Australians who paid the ultimate price and did not return home.

“Today, a grateful nation says ‘thank you’ for that service.”

Mr Tehan said a veterans’ mission would travel to Korea in October to commemorate the 65th anniversaries of the Battles of Kapyong and Maryang San.

A high school education kit about the Korean War will be released later this year.. 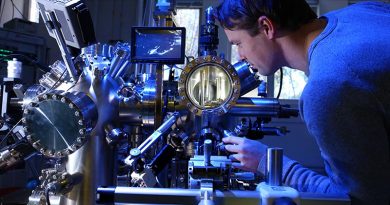