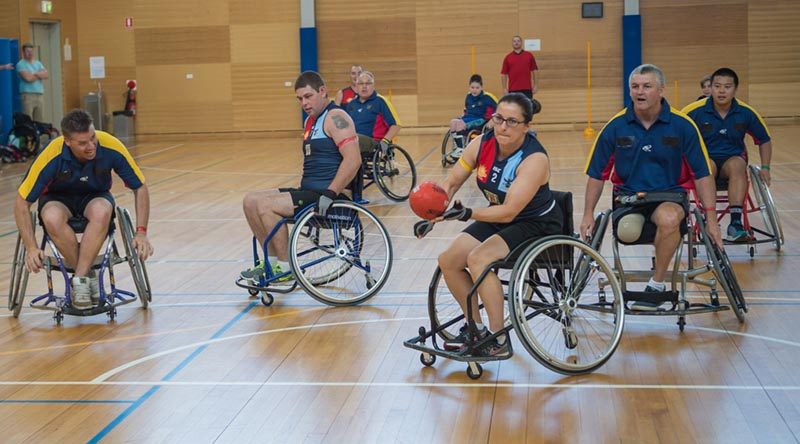 The Australian Defence Force has announced that it will be involved in the development of Wheelchair Aussie Rules as an official sport.

ADF has been an active participant in development of Wheelchair Aussie Rules with Disability Sports Australia and the AFL as it directly supports wounded, injured and ill servicemen and women and the veteran community.

Brigadier Matthew Hall said participation in events such an exhibition game held at the State Netball and Hockey Centre in Parkville on 19 July offered a great opportunity to promote the important role that sport plays in physical and psychological rehabilitation.

“Defence is committed to promoting positive mental health, and providing the necessary care, rehabilitation and support to ADF personnel who are wounded, injured or ill is one of Defence’s highest priorities,” Brigadier Hall said.

“Activities like this have the potential to inspire other wounded, injured or ill personnel, their families, and the veteran community to engage in this newest disabled sport.”

Defence has in place an adaptive sports program for wounded, injured or ill personnel to provide opportunities for participation in sporting events that will advance their rehabilitation.

Those participating in the exhibition match today were from the 1st Brigade Soldier Recovery Centre in Darwin and are currently undergoing recovery and rehabilitation.

Since participating in the inaugural Disability Sports Australia – ADF National Wheelchair Aussie Rules Carnival in April this year, the group have since initiated a weekly competition in Darwin.. 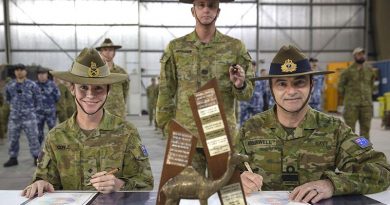 Raytheon and Rheinmetall enter Lynx for US Army’s Bradley replacement