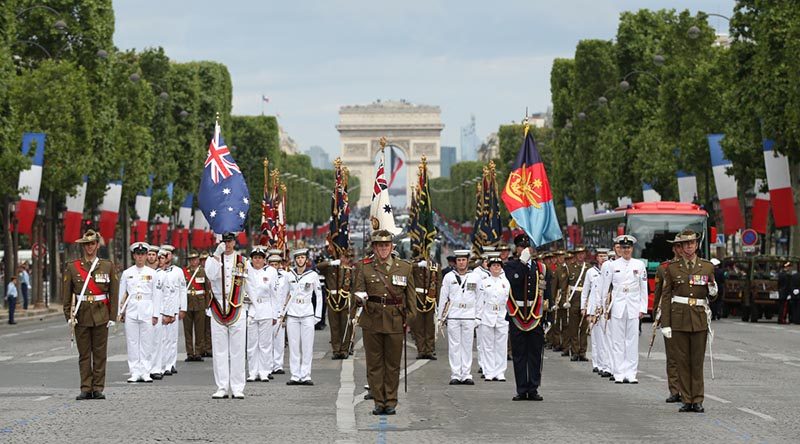 Australian and New Zealand Defence Force members today marched with French Armed Forces and other military contingents in the main Bastille Day march in the French capital, proudly leading in the ‘Position of Honour’.

Bastille Day, which commemorates both the storming of the Bastille on 14 July 1789 and the Fête de la Fédération which celebrated the unity of the French people on 14 July 1790, is France’s National Day.

Vice Chief of the Australian Defence Force Vice Admiral Ray Griggs said it was a great privilege for the ADF to participate in the event saying it further strengthened a close and longstanding defence relationship between Australia and France.

“The ADF is proud and honoured to have been invited to march in the Position of Honour in the oldest and largest regular military parade in Europe, on the Champs-Élysées in Paris,” VADM Griggs said.

“Not only is this event a patriotic display for the French Military and their equipment, it recognises current French operations and their servicemen and women’s sacrifice and service to their country in campaigns over time.

“For so many of those campaigns, Australian servicemen and women were there, serving alongside their French counterparts during the First World War and even today on operations in the Middle East.”

VADM Griggs said the ADF contribution to the French National Day Parade was particularly timely as many Australians had travelled to France to commemorate the 100th Anniversaries of the Battles of Fromelles and Pozieres later in the month.

“In a little over 24 hours from the commencement of the Battle of Fromelles on 19 July, the Australians suffered 5500 casualties. It was indeed the most costly day in Australia’s military history,” he said.

“The Centenary of Anzac is a very special time for all Australians and will be one of the most significant commemorations to take place in our lifetime.

“For our ADF personnel to be involved in this historic day in France, it is a further opportunity to remember and reflect upon the service and sacrifice of our past and current servicemen and women.”

The Australian contingent for the French National Day Parade comprised 140 personnel – 30 from Navy, 80 from Army and 30 from Air Force.

More than 80 NZDF personnel also participated, with the Regimental Colours and Banners of all the New Zealand units that served in the First World War carried on parade.

Chief of the New Zealand Defence Force Lieutenant General Tim Keating said it was a honour to be invited to march in one of the world’s oldest and largest military parades.

“This is an historic occasion for the New Zealand Defence Force and a fitting opportunity to reaffirm our enduring relationship with France, especially during the First World War centenary,” LTGEN Keating said.

“There are more New Zealand service personnel with known and unknown graves buried in France than anywhere else in the world.”

French National Day is celebrated in many other countries across the world, such as Belgium, Czech Republic, Hungary, India, Republic of Ireland, New Zealand, South Africa, United Kingdom – and the United States of America where over 50 cities participate in celebrations.. 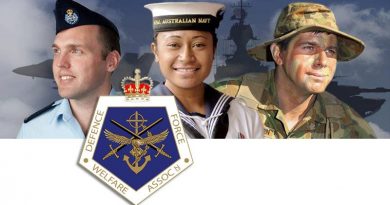