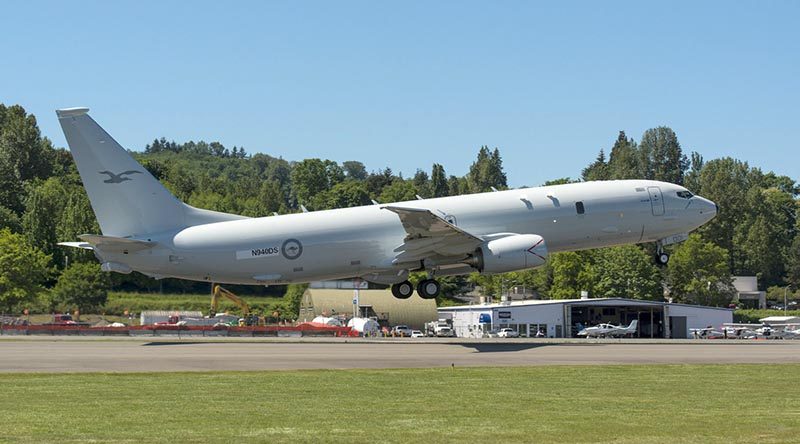 CAPTION: The first P-8A aircraft for the RAAF takes to the sky for the first time.
Photo by Matthew B Thompson – Copyright @MBTPhoto 2016

The aircraft flew a short distance from Renton Airfield to Boeing Field in Washington State USA, where the P-8A’s sophisticated mission systems will be installed as part of project AIR 7000.

Powered by two turbo-fan engines, it has a top speed is 907km/h with a maximum range of 7500km.

Head of Aerospace Division, Air Vice Marshall (AVM) Catherine Roberts said the primary roles of the P-8A included the detection and response to naval surface and submarine threats, surveillance and reconnaissance, and assisting in search and rescue operations.

“This major acquisition is creating opportunities for Australian defence industry to participate in maintenance and to develop training facilities and infrastructure,” he said.

The minister was also very happy to say [during an election campaign] that, “With a saving of US$260m compared to the initial budget, the P-8A Poseidon aircraft were acquired through a cooperative program with the United States Navy and contracted to Boeing Defence Space and Security”.

A Royal Australian Air Force crew will fly the aircraft to Australia later this year, following post-production checks and acceptance. 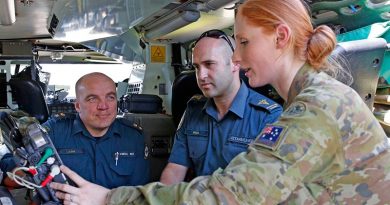 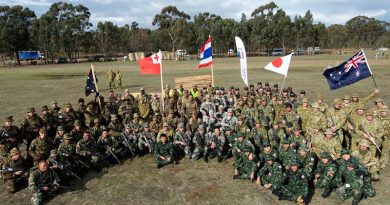