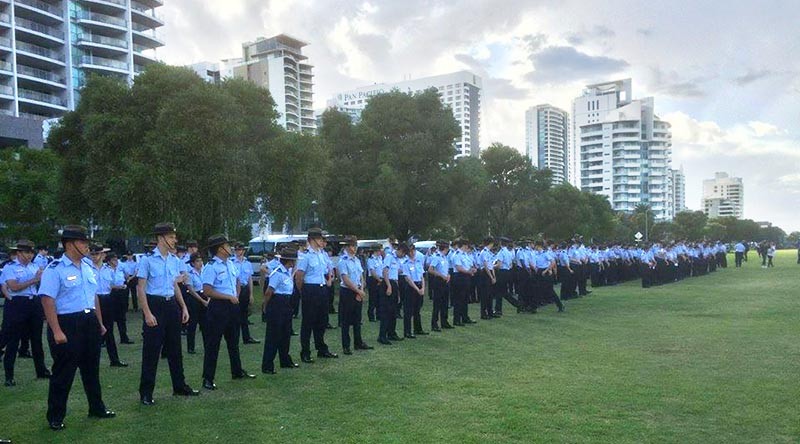 CAPTION: Cadets and instructors of 7 Wing Australian Air Force Cadets form up at Langley Park before their Freedom of Entry parade in Perth. Photo taken from 7 Wing’s Facebook page and edited by CONTACT.

The Freedom of Entry privilege acknowledges the Air Force Cadets ongoing support for the City of Perth, including the annual Anzac Day parade and other ceremonial events, as well as its considerable service to young people.

Cadets and staff were stopped on their march to Council House by Police Superintendent Kim Massam who, in keeping with tradition, requested No 7 Wing show their authority to enter the city.

Unfortunately and regrettably, no other detail of the actual parade, nor any quotes from presumably proud participating cadets, staff or parents were promulgated by Defence – but they did take the opportunity to distribute the following ‘advertisement’ on the benefits of Cadet membership.

Wing Commander (AAFC) Andrew Shearman, Officer Commanding of No 7 Wing, said a high number of current Australian Air Force personnel developed their interest in aviation as cadets, and many public figures ignited their involvement in community affairs through service in the Air Force Cadets, which continues to be fully supported by the Royal Australian Air Force.

“The Australian Air Force Cadets is one of the most dynamic, effective and satisfying youth programs available, and is open to young people aged 13-20 years,” Wing Commander Shearman said.

He said Air Force Cadets get to do things that most other young people only watch on television.

Involvement in the Air Force Cadets can generate credits for the Year 12 Certificate of Education.  Cadets may also undertake three weeks per year full-time tertiary-level training in leadership, decision-making, initiative, self-discipline, time-management, clear thinking, public speaking, management and administration that will qualify them for a TAFE Certificate III in Business Management. 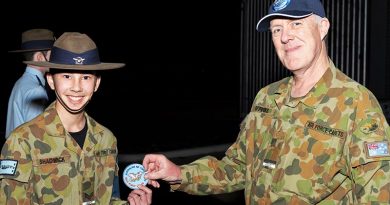 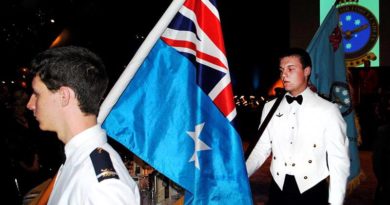 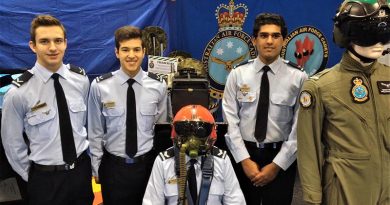