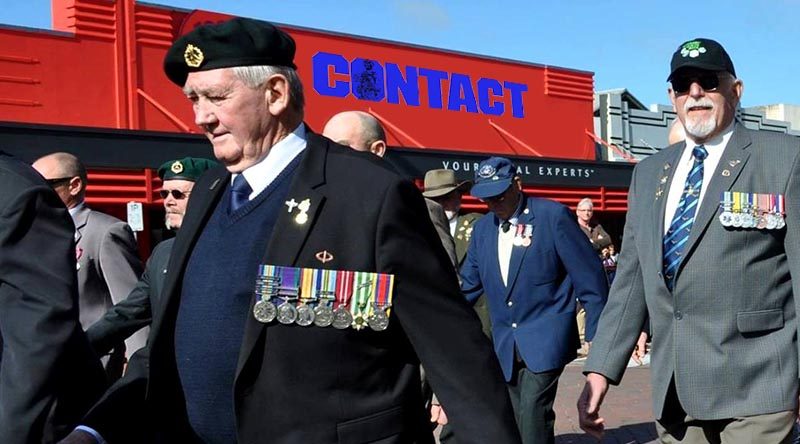 622 Squadron based in Murray Bridge provides learning, leadership and development opportunities for youth from the Murraylands, mid-Murray, Mallee, Bremer and Strathalbyn regions of South Australia.

This year, the commemorative service particularly observed the 50th Anniversary of the Battle of Long Tan, a milestone in the Anzac legend in which 18 Australians died.

The march was led by the Pipes and Drums of the 10th/27th Battalion, Royal South Australia Regiment and a Flag Party of Air Force Cadets. 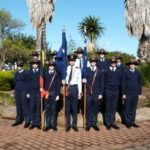 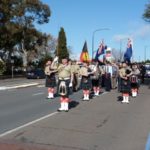 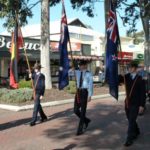 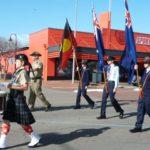 Among the many veterans who marched was Ray Duthie, a veteran of active service, a former instructor with the Army Cadets, and now a Veterans Advocate.

Ray first saw active service on the Malay Peninsula (Malay-Thai border) in 1963-64 with the 3rd Battalion, Royal Australian Regiment (3RAR), which was based at Terendak in Malacca.

Corporal Duthie then deployed with ‘C’ Company 3RAR to Kuching in Sarawak on the island of Borneo from March to July 1965, as part of a commitment of Australian troops from the 28th Commonwealth Infantry Brigade during Indonesia’s Confrontation with Malaysia.

He served primarily at Serikin on the border between Sarawak (Malaysia) and Indonesian Kalimantan. 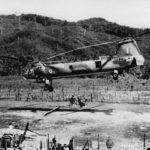 Resupply in such a remote area could only be achieved by parachute and helicopter – most commonly by a Royal Air Force Bristol Belvedere twin-engined and twin-rotor helicopter.

This helicopter earned the nickname ‘Flying Longhouse’ from the native tribesmen in Borneo.

Mr Duthie then served as a Sergeant with ‘D’ Company 3RAR during the battalion’s first tour of South Vietnam, December 1967 to November 1968.

He was listed as “Wounded-in-Action (Battle Casualty)” after receiving mortar shrapnel to the leg.

After leaving the Army, he continued his service for many years as an instructor with Army cadets based at Larrakeyah Barracks in Darwin, before settling in Murray Bridge and becoming active as a Veterans Advocate. . 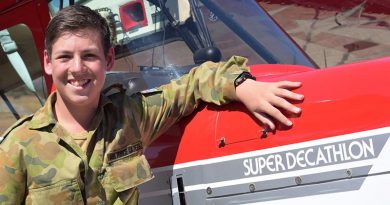