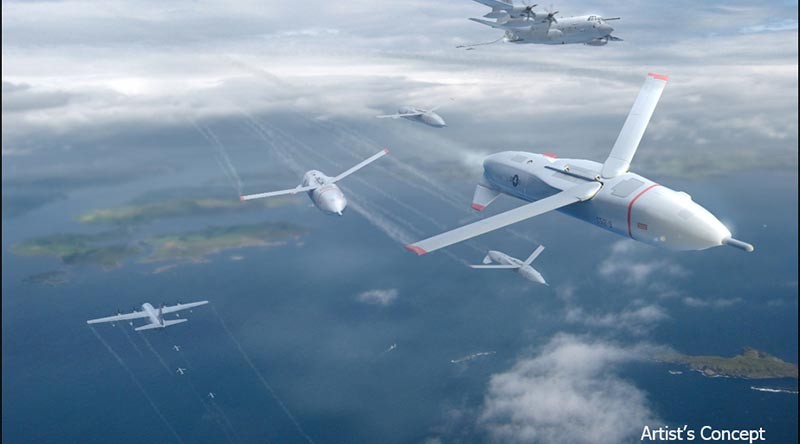 DARPA has awarded Phase 1 contracts for its Gremlins program, which seeks to develop innovative technologies and systems enabling aircraft to launch volleys of low-cost, reusable unmanned air systems (UASs) and safely and reliably retrieve them in mid-air. Such systems, or “gremlins,” would be deployed with a mixture of mission payloads capable of generating a variety of effects in a distributed and coordinated manner, providing U.S. forces with improved operational flexibility at a lower cost than is possible with conventional, monolithic platforms. The Phase 1 contracts have been awarded to four teams whose proposals cover a spectrum of technical approaches to this challenging mission. The teams are led by:

“These teams are exploring different, innovative approaches toward achieving this goal and are rolling up their sleeves for the hard work ahead.”

Phase 1 of the Gremlins program is designed to pave the way for a proof-of-concept flight demonstration that would validate an air recovery concept of multiple gremlins. The program plans to explore numerous technical areas, including:

Named for the imaginary, mischievous imps that became the good luck charms of many British pilots during World War II, the program envisions launching groups of UASs from existing large aircraft such as bombers or transport aircraft—as well as from fighters and other small, fixed-wing platforms—while those planes are out of range of adversary defenses. When the gremlins complete their mission, a C-130 transport aircraft would retrieve them in the air and carry them home, where ground crews would prepare them for their next use within 24 hours.

The gremlins’ expected lifetime of about 20 uses could provide significant cost advantages over expendable systems by reducing payload and airframe costs and by having lower mission and maintenance costs than conventional platforms, which are designed to operate for decades. 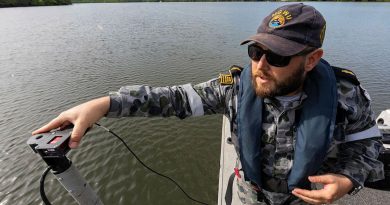