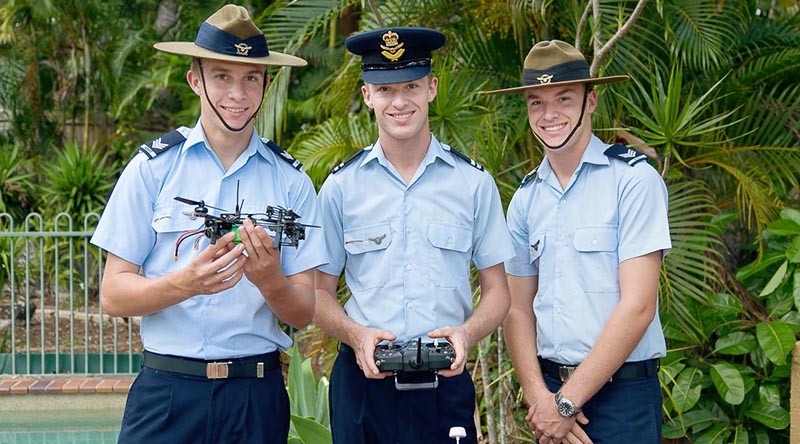 17-year-old Gold Coast triplets Justin, Kyle and Liam Pridmore love the sand, surf and sky – and are all proud members of 232 Squadron Australian Air Force Cadets (AAFC) based at Merrimac.

The brothers say they have made great mates for life, have gained experience in leadership and organisational skills, as well as being taken out of their comfort zones in the AAFC.

They have developed self-discipline, self-respect, self-reliance and self-esteem from being Australian Air Force Cadets.

Liam is so passionate about aviation, he flies his own drone.

And all three hope also to join the Royal Australian Air Force when they leave school.

“The Pridmore triplets epitomise the spirit, adventure and passion their forefathers demonstrated way back in 1941.”

75 years ago, the Air Training Corps was originally formed to train young men between the ages of 16 and 18 to join the RAAF.

Second long-term objectives of the Air Training Corps was to instil a sense of discipline in young men, encourage them to increase their knowledge of aviation issues and provide elementary training in air-related technical matters.

Between 1946 and 1948 the Air Training Scheme was scaled down to become an air youth movement.

Females were admitted in 1982, and in 2001 the Federal Government renamed the Air Training Corps to the Australian Air Force Cadets. 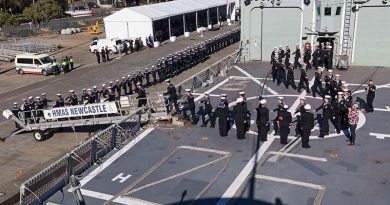 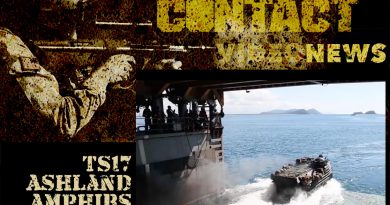 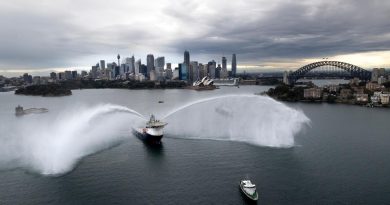