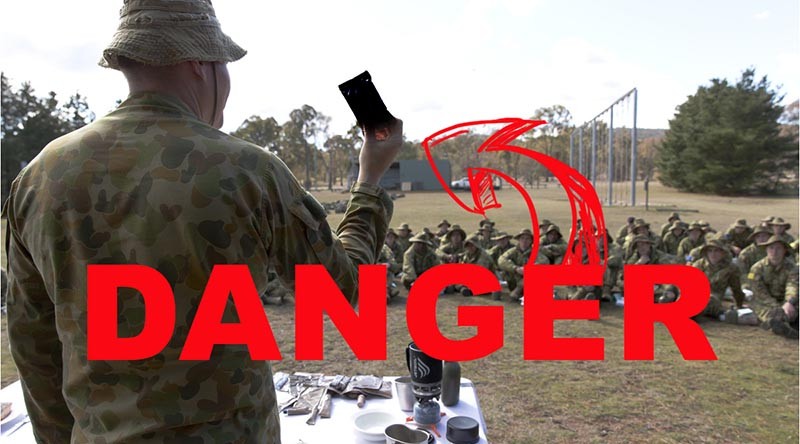 Recent studies have shown that mild anxiety among Armoured Corps soldiers after exercises and deployments is not only common but, in many cases, is the result of ‘Fruitcake Anxiety Disorder’ (FAD).

Usually however an Armoured Corps FAD wears off after a spell in barracks routine.

I’m talking about the pudding (otherwise known as ‘fruitcake’) that is provided in the combat ration (five-man) – CR5M. For those of us in more civilised corps we are spared from such a luxury.

On one hand, your fruitcake was a gift from the Australian government and therefore deserving of some measure of appreciation. On the other hand, it has already become a chew toy for the neighbours Rottweiler. This often leads to feelings of anxiety long after the exercises have ended, particularly when you see “Blocker”, still intoxicated with rum, struggling to dislodge the sugary loaf from his tightly clenched jaws.

So, as a service to our readers, we assembled a group of psychiatrists to help provide insight into dealing with the ‘Armoured Corps FAD’. At a cost of more than $200 an hour, we held an informative, five-minute discussion to create the following self-help guide:

I’m OK—you’re OK. But give me a pudding and I’ll kill you.

According to our experts, the first step in dealing with this anxiety is understanding where it comes from. To do that, we must go back to the very first fruitcake, which historians agree was baked by William D’Strange in 1602. Subsequently, this same cake was dropped from a tall building each New Year’s Eve until 1962, when, after 300 years, it developed a crack and, as a safety precaution, was launched into space.

This was done despite protests from scientists, who warned that the loaf could eventually crash back to earth and lead to mass extinction.

Or, at the very least, cause the next several generations of humans to ask, “Is it just me, or does everything STILL smell like %$#*& fruitcake?!”

Experts say this has led to a new generation of people who not only distrust fruitcake, but see it as a genuine threat to humanity. For these people, we offer the following four-step guide to controlling their fruitcake anxiety.

Step one: Make a list of your fruitcake’s good qualities. The key is to start with what makes fruitcake unique. For example: Its indestructibility. You may not like fruitcake, but you have to respect the fact that cockroaches will be eating it long after humans are being imported to other galaxies on alien party ships.

Step two: Incorporate fruitcake into your daily activities. This is easy once you stop thinking of fruitcake as food. In the same way that Tofu is slowly gaining acceptance as an environmentally safe adhesive, fruitcake doesn’t seem so bad once you’ve started using it to block open the ramp door on your ASLAV. Or as a counterweight on the accelerator pedal while your bucket warms up each morning. The point is, if it’s good enough to serve as a bunker buster for our artillery, its good enough to serve as a doorstop in your family home.

Step three: Consider turning your fruitcake into a treasured heirloom by getting it engraved and then giving it to someone. Just add your name, unit and date, and you can pass this special keepsake on to someone else at the next available retirement party, foreign exchange, a gratuity, Earth Day celebration, etc.

And finally, if after following these first three steps you’re still unable to control your symptoms, go directly to step four: Investing in a ticket to Alice Springs, for the annual Great Fruitcake Toss. Each January, this event draws hundreds of people from around the world for the sole purpose of showing off their fruitcakes and then catapulting them as far as possible.

Sure, this may sound stupid.

But some day this might be our last defence against invading aliens. 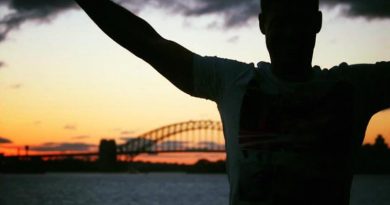 When I have too much time to think 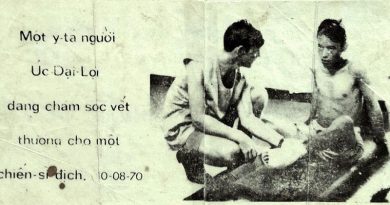 Chapter 32: The Barry and Davo Show