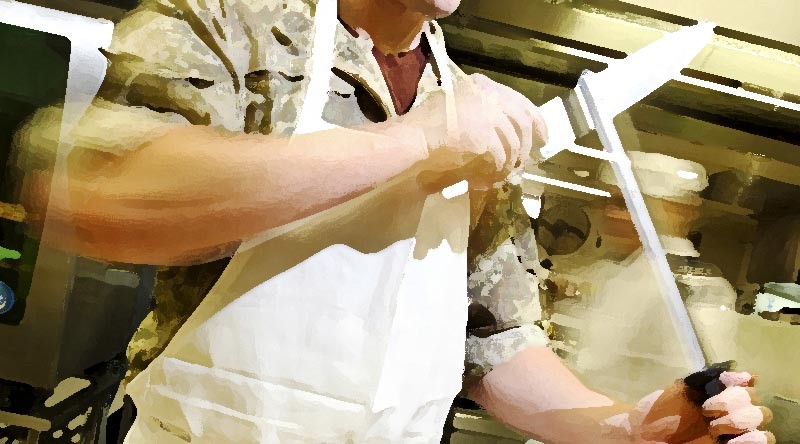 My first foray to an actual military “hot zone” was when, on a grey September day in 1983, my Cub Scout Troop was deployed to sell a sausage sizzle on the same block as the Girl Guides. Our primary objective was Main Street in my home town, which was a critical strategic sector. At least in terms of foot traffic.

Because our troop transport had overheated in the Supermarket carpark, the Girl Guides had already claimed the high ground next to the busy cinemas. Outnumbered and without tactical advantage, we implemented our most effective defensive strategy, which was to form a tight perimeter directly behind our 180 Kg Scout Leader.

Things quickly turned to chaos as we were overrun by a swarm of green berets and brown knee-highs, forcing us to tactical withdrawal in a hail of cupcakes and stale biscuits. The last thing I remember was stepping on a well-thrown sticky “Redskin” that sent me headfirst into a three-foot-tall Darth Vader waiting in line to see Star Wars, Return of the Jedi.

So, because of this common bond of courage under fire at such an early age, it was no surprise when years later, after training and operating in the Army, I had recently been attacked in my own kitchen — by leftover Christmas gravy.

Let me set the scene:

This is late FEBRUARY.

The gravy boat in question had been in the back of my refrigerator waiting to ambush me since last December 24th.

This is not uncommon. I actually have a Tupperware dish with home-made guacamole from a Mexican-themed party in the unit boozer back in 2006. The guacamole became self-aware in 2012, and who I now claim on my tax return as a 17-year-old Timorese exchange student named ‘Guaca Holey Moley’.

I have never been attacked by Guaca. But if that ever happens, trust me: He’s out of there.

Anyway, getting back to The Great Gravy Ambush …

While reaching for what I’m sure was a healthy bite to eat of carrot sticks or high-fibre yogurt, my fingers came into contact with the enemy, in the form of a harmless gravy boat filled with what I can only describe as a “dark brown, meteorite-like substance.”

Being a take-charge kind of guy, and due to my reflexive hand-to-hand combat training — and because my partner had asked me to clean out the gravy boat over two months ago — I instinctively grabbed a butter knife and plunged it into what is in technical combat terms as a “dried gravy crevasse”.

It was in that moment, while locked in a struggle to dislodge the rock-like gravy, that I cut my finger on the razor-like edge of the crevasse as I forced it down the kitchen sink garbage disposal unit. Showing no mercy, I started the disposal and immediately came under heavy fire from “gravy shrapnel” flying across the kitchen. Dropping into a low-crawl, I assessed the tactical situation, and concluded that if the new kitchen cabinets got scratched or stained by flying gravy debris, I should probably just keep crawling onto a busy highway.

But I am a man who has led other men into battle!

Crouched on the floor, I took a deep breath and dove toward the countertop, gravy shrapnel whizzing past me as I simultaneously — and in mid-air — scanned the row of switches, finding the disposal and slamming my injured finger down on it, effectively taking out the enemy.

Ok, so the first switch was actually the kitchen fan.

… Then the kitchen light.

… Then the pantry light.

The point is, it doesn’t matter how many switches it took; all that matters is that the disposal switch is now painted RED.

With Christmas many months away, I hope my story will help prevent others from falling victim to a similar type of gravy ambush.

The point of all this is the advantages of repetitive military skills training. It’s repetitive because the skills you learn become instinctive and it’s your instincts that will save your life and the lives of your mates…. or at least from abuse from your wife.

In the end of the day all men will inevitably fall victim to a diabolical culinary foe – be prepared! 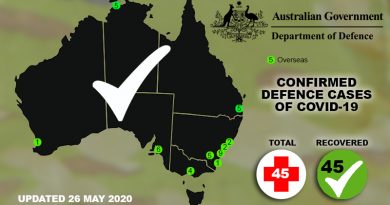 Has Defence found a miracle cure for COVID-19? 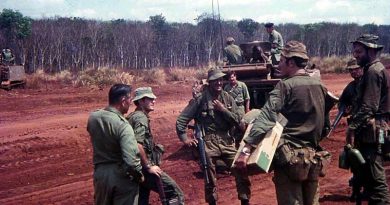