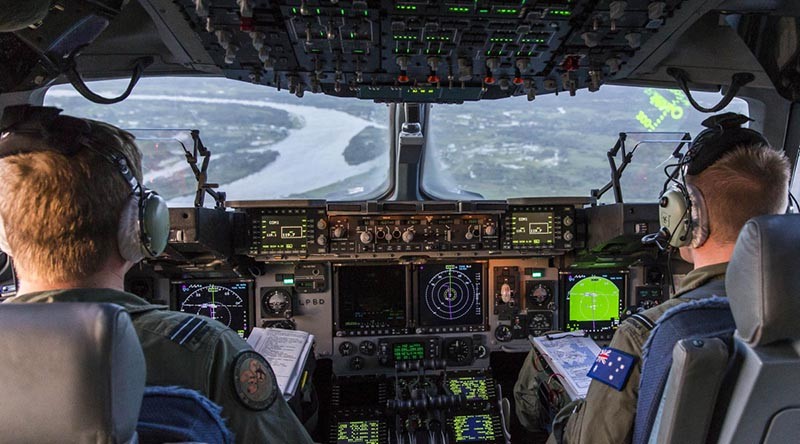 Australian and New Zealand government have authorised the first deployment of Defence flights to transport personnel and humanitarian supplies to Fiji in the aftermath of Tropical Cyclone Winston.

An Australian C-17A Globemaster III arrived in Fiji overnight with advance personnel and equipment, and a New Zealand C-130 Hercules arrived early this morning to deliver 12 tonnes of relief supplies including food, water and tarpaulins.

Australian efforts will help ensure the government of Fiji and agencies responding to the crisis meet the needs of Fiji’s citizens, who have been forced to move to evacuation centres and other temporary accommodation.

This team will include six medical professionals from Australian state and territory health services.

Other support will include water and hygiene kits and access to shelter.

Four MRH-90 helicopters will also be deployed to assist Fiji to carry out assessments and to provide relief to outlying islands affected by the cyclone.

A Royal New Zealand Air Force P-3K2 Orion aircraft has been conducting aerial surveillance in Fiji’s northern outlying islands since Sunday to assist Fijian officials in assessing the devastation caused by the cyclone.

The Royal Australian Air Force also has P3 Orion surveillance aircraft in the Pacific, which have been placed on standby to support Fiji’s rapid aerial assessment efforts.

Tropical Cyclone Winston battered Fiji over the weekend and left a trail of destruction, particularly in the South Pacific country’s northern outlying islands.

Water, power and communication outages are expected to continue for several days.

Flooding in coastal areas is not forecast to subside for two to three days.

Many people remain in emergency shelters.

“I write to raise awareness of the devastating impact of Tropical Cyclone Winston throughout Fiji in the past 48 hrs, the extent of which is as yet, not fully known due to the damage to communications systems and airfields throughout Fiji,” Lieutenant Commander Sorby said.

“As you would be aware from media reports, many families are without the basic essentials for survival and are resorting to drinking boiled river water and fallen coconuts to survive. Fijian authorities have estimated that up to 80 per cent of Fiji’s 800,000 population have been impacted in some way however many have lost everything they own and in some cases, loved ones.

“This weather system has been declared by several world renowned weather experts to be the largest most destructive tropical cyclone ever recorded in the southern hemisphere. Given the severity of this cyclone and the tremendous and widespread damage and loss of life it has caused to this small developing Pacific Island nation, it will no doubt take a good many years for the people of Fiji to fully recover.

“Anyone who has ever visited Fiji or who is familiar with the Fijian spirit will know that Fijians are a very resilient people and although it will be a hard, tough struggle, they will not let this defeat them. They will pick up the pieces of their devastated lives and communities, and together with the help of family and friends at home and abroad, will get their small nation back together, just as their forebears have done each time this nation has faced significant challenges throughout the ages.

“Fijians and Australians have always had very close relationship and friendly relations and shared history, and Australia has come to Fiji’s aid many times under similar circumstances as they are doing again this time. As you may know Australians of Fijian heritage or birth have and continue to serve with distinction in all services of the Australian Defence Forces and in theatres of war, and many of your readers are themselves, their friends and families have visited Fiji at some time over the years.

“I humbly request you consider including a suitable advertisement or article in your next edition in order to raise awareness of the desperate plight of Fijians as a result of Cyclone Winston and those donations of any amount would be extremely helpful in assisting affected Fijian families in their time of need.

“There are many local Fijian, international and church aid agencies and groups who have setup up specific TC Winston appeals and fund-raising facilities such as the Fiji Red Cross Society, UN agencies and NGOs.

“Already Australian and New Zealand Defence assets have begun delivering disaster relief and medical supplies, which I know will be gratefully received by the Fijian people and the kind donations of money from friends of Fiji all over the world would be very humbling and sincerely gratifying.” 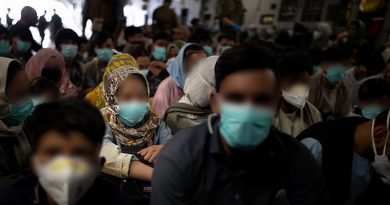 RAAF now packing them in at Kabul

One thought on “Aid flies in to Fiji after TC Winston”