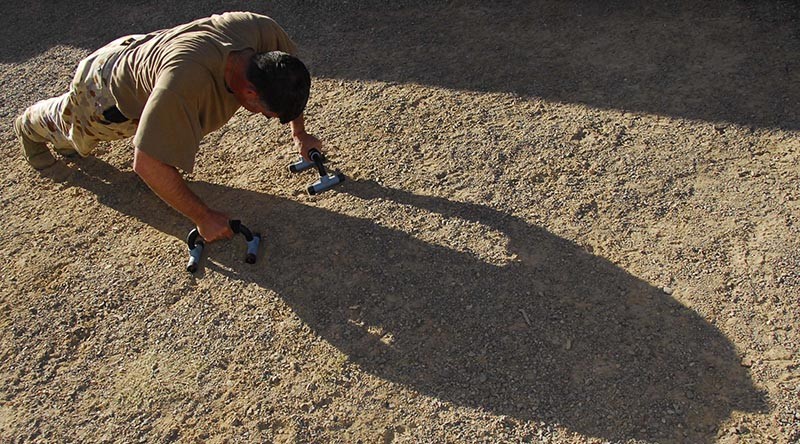 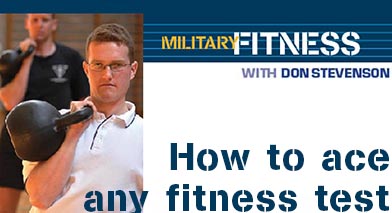 Every six months, everyone in the ADF is supposed to pass a basic fitness test. For many people, this is no problem. But for a fair number of personnel, there is an element of resignation and dread attached to fitness tests

I’ll admit that I used to be in that latter group and, before I figured out what I was doing wrong, I failed a fair number (ok a lot!) of BFAs. The good news is that if I can go from struggling to complete seven chin-ups to being able to do 26, then anyone can!

This article will explain the principles of training for ANY fitness test – from the ADF pre-enlistment tests to the special-forces barrier test.

First up, let’s cover some background information on fitness tests and make a few statements that are bound to draw some fire from traditionalists (lucky I can lift enough to do my chin-ups in a flak jacket).

The basic ADF fitness tests are actually a poor indicator of combat fitness. I say this because, I don’t care how you cut it, the ability to do 100 pushups bears no direct relationship to combat – and neither do 100 sit ups or a 2.4km unloaded run.

Perhaps in recognition of this, [at time of writing, December 2005] the Australian Infantry have taken a huge leap forward in researching a batch of new fitness tests that more realistically test combat fitness.

The main reason the fitness tests as they stand have been around for so long is because the current tests are easy to administer, easy to practice and provide some sort of measurement.

Most people train for fitness tests by hammering away at their current max reps in push ups, sit ups and run times.

While this approach works for beginners, a different approach needs to be used for more advanced trainees.

So now that I’ve thrown myself into the pit of PT heresy, how am I going to extract myself?

Outlined below are my basic principles for mastering any fitness test. But, since fitness tests don’t accurately reflect the demands of combat, don’t spend too much time on them.

If you have done a good job of building your combat fitness then you should be able to pass a fitness test at any time under any conditions.

To ace the test, you can simply polish your test skills a couple of months out from test time.

Treat each fitness test as a multi-sport event, just like a triathlon. This means you need to practice the test components together and be comfortable with the protocols.

In the six to eight weeks before the test, practice the test components frequently but avoid ‘training to failure’.

There is no point trying to improve your pushups by doing bench presses or your run by riding a bike.

Once you understand these principles, you can develop a plan that will prepare you for the fitness test in a very time-efficient manner and let you get on with the important work of becoming combat fit.

Let’s have a look at how the principles above translate into a practical training program.

Last issue dealt with some great methods of developing a base of combat fitness. In summary, work on heavy lifting for the posterior chain and core, develop anaerobic endurance and maximal strength.

Then, six to eight weeks before the test, reduce your volume of combat conditioning to a couple of sessions a week and focus on the fitness-test elements both individually and together.

I suggest that in the lead up to your test you do a full run-through once every two to three weeks. Apart from these tests, don’t continually try and hammer away at full tests, there are more efficient ways to prepare!

Also train with specific, frequent and sub-maximal practice of test components such as sit-ups, push-ups and chin-ups.

The last point is where I differ from the common mentality of training until you can’t do any more push-ups or chin-ups and then rest for a day or two.

The reality is that fitness tests are a skill more than anything else and like any skill the more you practice the better you get.

But, in order to allow frequent practice, you can’t train to exhaustion.

So here is my simple program for dramatically increasing your test numbers.

Simply test your maximum number of push-ups, sit-ups and chin-ups and write down your numbers.

Now, what you are going to do is practice the components of the test three to eight times per day (yes that’s right, up to eight times a day) for a single set of 50% or 70% of your max.

Alternate days of five to eight sets at 50% of your max and days of three to five sets at 70%.

The overall effect is to drastically increase the volume of work you are doing while avoiding the fatigue that would stop you from repeat training sessions.

Train five days a week with only two exercises daily and rotate your test exercises every two weeks.

After two weeks of this type of training, retest your maximum and you will probably be surprised at how much you have improved.

The practical application of this is that, whenever possible throughout the day, you should be squeezing in a quick set of push-ups or chin-ups without breaking a sweat.

If you are already in the military no one will give you funny looks.

On the other hand, if you’re an office worker – well, do you really care! 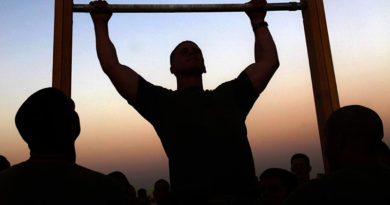 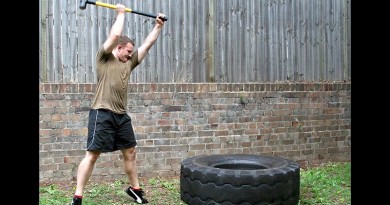 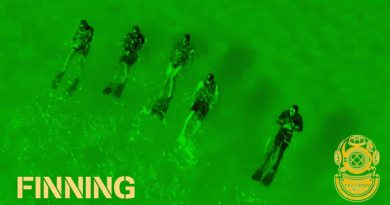 Finning – a basic skill for CD selection and general fitness