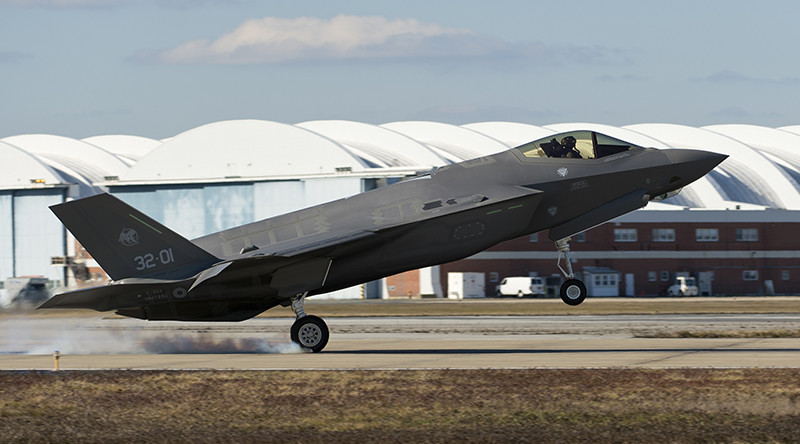 F-35A AL-1, the first Joint Strike Fighter fully built outside the USA, at the Cameri Final Assembly & Check-Out (FACO) facility, was piloted across the Atlantic by the first Italian Air Force F-35 pilot, who completed his training at Luke Air Force Base, Arizona, last November and had 50 hours of flight time on the F-35 Lightning II.

The two-phase deployment across the North Atlantic to the US required a total of 11 flight hours, enabled by an Italian Air Force KC-767 aerial refueling tanker, which refueled AL-1 seven times during the crossing.

AL-1 departed Cameri, near Milan, on 4 Febuary and flew the first leg of its journey with an Italian tanker and Typhoon escort aircraft to Lajes Air Base, the Azores, Portugal. After an overnight stop, AL-1, the KC-767 tanker, and Typhoon continued to Naval Air Station Patuxent River.

The Italian F-35 pilot, Major Gian Marco D, said it was the greatest experience of his whole life.

“The aircraft was safe all of the time and able to fulfill the mission. We never had an issue,” he said.

“The efficiency and reliability of the aircraft has been 100 percent — we had no issues at all.

“I’m extremely honored to be part of this team, along with my F-35 program teammates who contributed to our success.”

The next group of Italian pilots will start training at Luke in March with US and other foreign students in the multi-national training program.

Aircraft AL-1’s arrival in the U.S. demonstrates Italian industry’s capability to build and sustain a fifth generation fighter, an achievement made possible through the close partnership between U.S. and Italian governments and defense leadership.

The Italian FACO — owned by the Italian Ministry of Defense and operated by Finmeccanica-Aeronautics in conjunction with Lockheed Martin Aeronautics — will build all Italian F-35 aircraft and is programmed to build F-35As for the Royal Netherlands Air Force, and will retain the capacity to deliver to other European partners in the future.

In December 2014, it was selected by the U.S. Department of Defense as the F-35 Lightning II heavy airframe maintenance, repair, overhaul and upgrade facility for the European region.

Italy is now ready to start the next process, the phase in of the Italian fleet, which will see the first F-35 landing at the newly-renovated Amendola Air Base, near Manfredonia, Italy, before the end of this year. 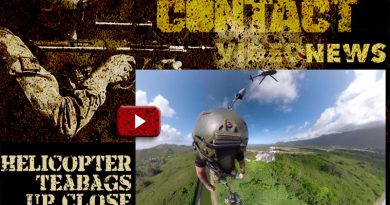 Helicopter teabags up close and personal