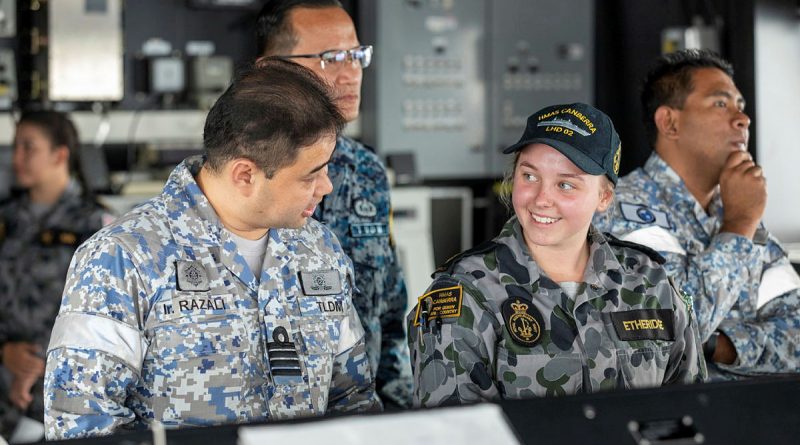 Three Malaysian officers who embarked in HMAS Canberra in Darwin in August were on board to learn.

Participating in Indo-Pacific Endeavour 2021 (IPE21), the Malaysian contingent, led by Royal Malaysian Navy Captain Razali Arsad, was on board to experience first-hand the capabilities of the landing helicopter dock platform that could be incorporated into similar ships recently procured by the Royal Malaysian fleet.

“I had a task from my chief of navy to research and conduct a study about Canberra’s capabilities so we can adopt their capability to our new multi-role support ship,” Captain Razali said.

“It is very important to build mutual understanding between both of our countries in order to have interoperability during the conduct of exercises and operations.”

During their 10-day observation, members of Canberra’s ship’s company guided the Malaysian contingent, and the other foreign personnel, to familiarise them with engineering, logistics, bridge operations, and delivered presentations about warfare and amphibious operations.

Other highlights for the foreign personnel included sailing on one of Canberra’s landing vessels, a boat transfer to HMAS Anzac, physical training and performances from the Australian Army Band.

“Participating in IPE21 provides Malaysia the opportunity to work together with partnering nations who are invested in working towards common goals in the Indo-Pacific region,” Lieutenant Commander Hafiz said.

Commander IPE21 Commodore Mal Wise said he was delighted to have had the opportunity to work with these important regional partners.

“I want to thank our Malaysian counterparts; they have made a significant contribution to our program and to the relationships they have been able to build while they have been here,” Commodore Wise said.

“I look forward to working with them again in the future.” 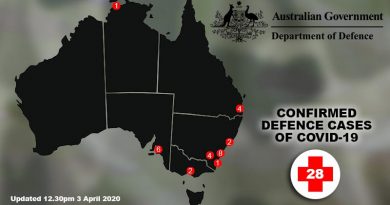 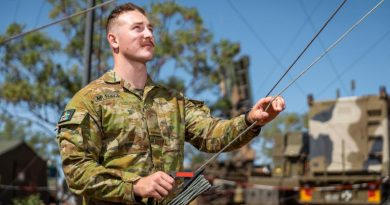