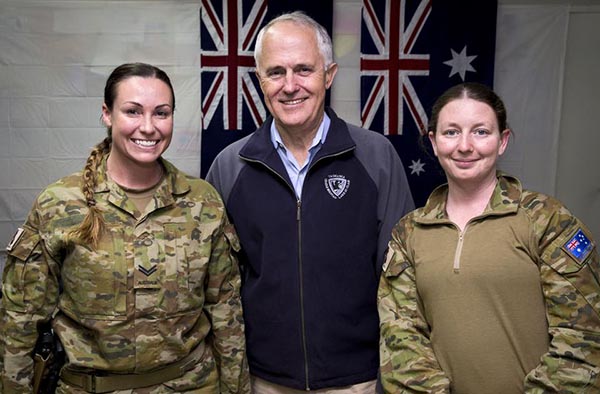 The Prime Minister was briefed on the current security situation and the Iraqi Government’s priorities including its military campaign against Daesh.

Mr Turnbull said he was proud to be with our Australian Defence Force servicemen and women to thank them for their important work with the Iraqi Government and our Coalition partners to disrupt, degrade and ultimately defeat ISIL.

“Coalition air strikes and operations by Iraqi forces trained by our troops are helping to roll back ISIL’s gains and degrade and diminish its forces.” he said.

“All Australians admire and respect the commitment and professionalism of the men and women of the ADF working so far from their homes and loved ones.”

He extended his condolences for the many Iraqi soldiers and civilians who have been killed or wounded by Daesh attacks.

He also discussed with Prime Minister Abadi the humanitarian situation in Iraq with nearly 4 million people displaced by the conflict with Daesh, and reaffirmed Australia’s strong commitment to supporting Iraq’s fight against Daesh, as part of the 60 nation-strong coalition.

“Australia’s commitment is significant. Our contribution to coalition forces on the ground in Iraq remains second only to that of the United States,” Mr Turnbull said.

Air Chief Marshal Binskin said he was pleased to visit the men and women deployed on Operation Okra to thank them for their efforts in countering terrorism and helping to develop the Iraqi Army’s capability to provide security for their country.

“I also acknowledge the support of family for all ADF personnel deployed on operations,” he said.

“I appreciate what it means to celebrate Christmas while your loved ones are away.”

The touring party went on to Kabul, Afghanistan, the following day, 17 January, before going to Washington on the 18th. 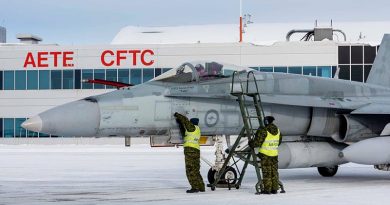 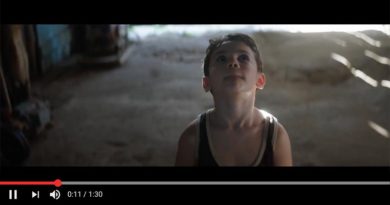 One thought on “PM and CDF visit Australian troops in Iraq”