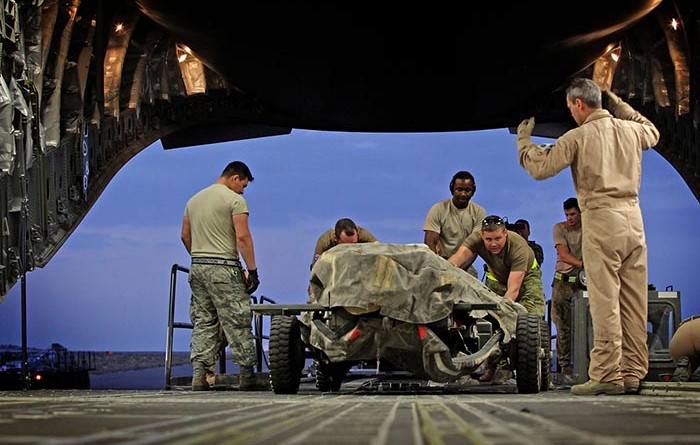 Under direction from a RAAF loadmaster, American and Australian load team members load a shipment of guided bombs onto a RAAF C-17A Globemaster in the Middle East to feed an increase in operational tempo under Operation Okra. 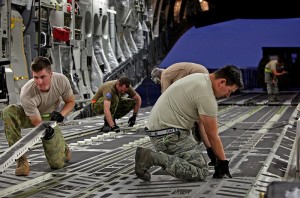 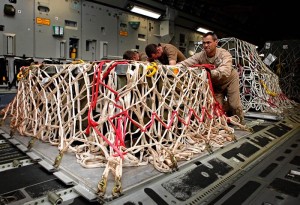 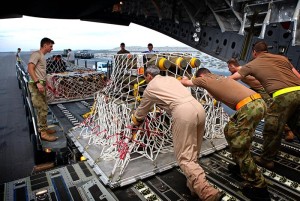 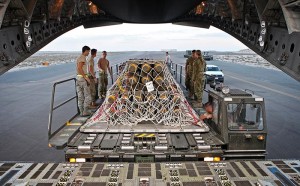 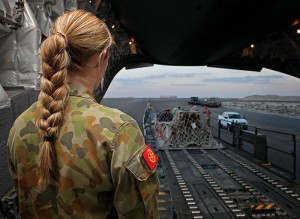 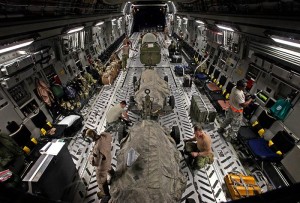 At the request of the Iraqi government, Task Group 630, the Air Task Group of Operation Okra, is operating within a US-led international coalition assembled to disrupt and degrade Daesh operations.

“Air Task Group Hornets conducted two missions on 22 and 29 December where five and two munitions were released respectively” he said.

“As a direct result of at least one attack, the Daesh fighters were silenced and the Iraqi Counter Terrorism Services were able to continue with their clearance of central Ramadi.

“Overall, the Air Task Group has completed 99 missions and released 96 munitions since July for operations in Ramadi.”

“It is deeply satisfying to see how the Australian Special Operations Task Group in Iraq have supported 1st ISOF Brigade through the Advise and Assist mission.”

There are about 350 personnel deployed at any one time as part of or in direct support of the TG630.