HMAS Melbourne’s crew sniffed out more drugs in the Middle East, this time landing 427kg of heroin hidden in a fishing dhow.

Illegal narcotics are a common source of funding for terrorist organisations and HMAS Melbourne’s Commanding Officer Commander Bill Waters said the drugs had an estimated Australian street value of at least AUD$126 million.

“In 2015, Australian ships have seized nearly two tonnes of heroin while deployed to Middle Eastern waters,” he said.

“This latest intercept shows our continuing vigilance is essential in the fight against terrorism.

“The entire crew has worked tirelessly for a result of which we are extremely proud.”

The crew of HMAS Melbourne observed the dhow operating suspiciously and sent a boarding party via seaboat to conduct a routine boarding.

Interviews with the dhow’s crew raised suspicion that it was involved in some form of illegal activity.

A subsequent search of the vessel uncovered the heroin.

The drugs were transferred from the dhow to HMAS Melbourne where they were analysed and destroyed.

“Melbourne is on her eighth deployment to the Middle East Region and hers is the 61st rotation of a RAN vessel in the region since the first Gulf War in 1990,” he said.

“The ship was highly successful on the previous deployment which culminated in narcotics interceptions valued at about $1.2 billion over the course of the mission that concluded in February last year.

“Our ongoing efforts in the maritime environment to intercept the trafficking of drugs are key to disrupting the business model of terrorist organisations who use narcotics to fund their illegal activities.” 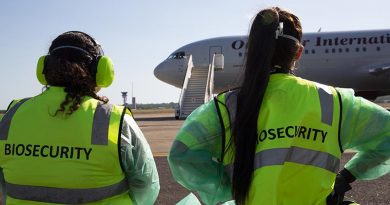 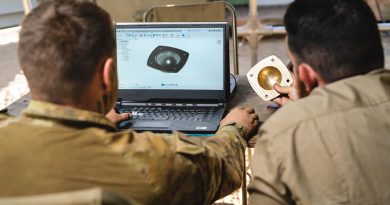 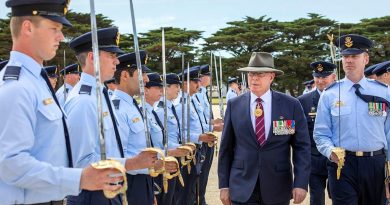