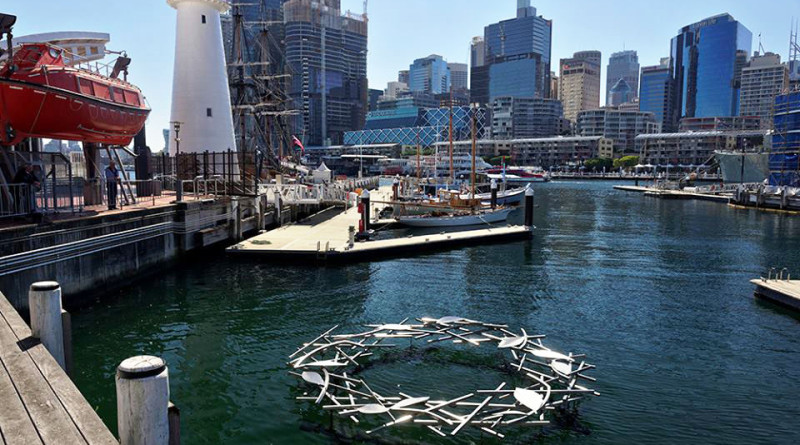 A major new art installation to commemorate the disappearance of submarine HMAS AE1 was unveiled today at the Australian National Maritime Museum.

The installation is by leading Australian light artist Warren Langley and commemorates the loss of Australia’s first submarine with its 35 souls, 101 years ago.

His Majesty’s Australian Submarine AE1 was launched in the yard of Vickers Ltd at Barrow-in-Furness England on 22 May 1913. She commissioned at Portsmouth on 28 February 1914 under the command of Lieutenant Commander T F Besant, RN. She was the first of two E Class submarines built for the fledgling Royal Australian Navy.

At the outbreak of World War I, AE1 joined the naval forces assigned to the capture of the German Pacific colonies. With AE2, she took part in the operations leading to the occupation of German New Guinea, including the surrender of Rabaul on 13 September 1914.

On 14 September 1914, AE1 disappeared without trace while on a routine patrol in St George’s Channel to the south and east of the Duke of York Islands.

Several searches of the area in the days and weeks following her disappearance – and on several occasions since, including in 2014 – were conducted to establish her whereabouts. Regrettably none have been successful, though the hope of yet finding her has not been abandoned. 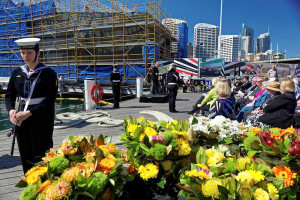 Photographs of the event were supplied by Hugh Peterswald, via Royal Australian Navy.

Australia to upgrade PNG navy base on Manus Island