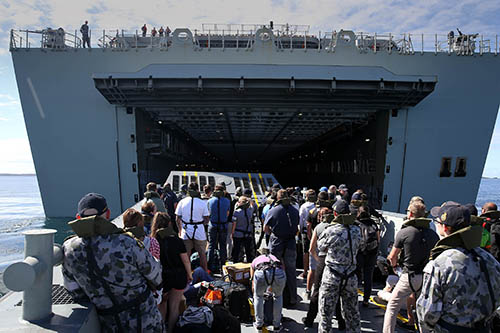 An $18 million project to construct a Multi User Barge Ramp Facility in Darwin has been approved by parliament, Parliamentary Secretary to the Minister for Defence Darren Chester announced today.

“To meet capability requirements over the next 30 years, Defence must have access to facilities which support planned and short notice amphibious loading and unloading operations,” Mr Chester said.

The Multi User Barge Ramp Facility is a joint initiative between the Department of Defence and the Northern Territory Government’s Land Development Corporation, which will own the facility.

Northern Territory Chief Minister Adam Giles welcomed the multi-million dollar investment which would provide the Territory with valuable new marine infrastructure that could be used by local industry.

“The construction of the barge ramp will create up to 50 new jobs for Territorians during construction while there are significant ongoing commercial benefits to industry as local operators look to service the defence, oil and gas, and marine sectors,” Mr Giles said.

Mr Chester said the works would include a hardened barge ramp, a marshalling area located adjacent to the ramp and a roadway to link the barge ramp to an existing staging area.

“These are essential to enable the operation of Navy’s amphibious vessels in the Darwin area,” he said.

Construction is expected to commence this year and be completed by mid 2016. 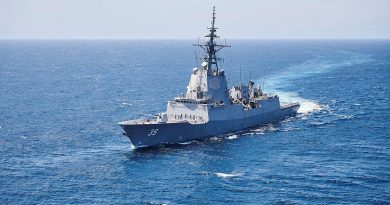