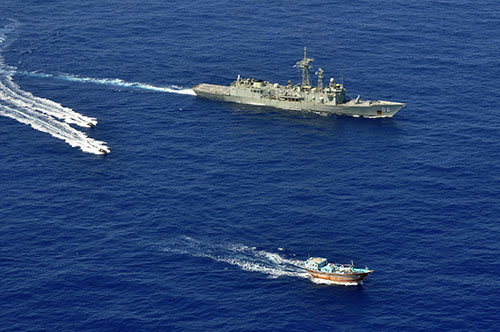 Newcastle made the latest bust off the east coast of Africa while patrolling with the Combined Maritime Forces.

The half-tonne heroin haul, valued at about $520 million, is Newcastle’s fifth bust in two months and comes on the back of a recent 724kg seizure.

Since February 2014, Australian ships assigned to JTF633 have seized more than 4 tonnes of heroin.

“The weekend’s find made Australia’s maritime contribution to CMF one of the world’s most effective current heroin interdiction forces,” Brigadier Sorial said.

“To date, HMAS Newcastle’s total seizures for Operation MANITOU is just over 1.3 tonnes of heroin valued at approximately $1.114 billion.”

HMAS Newcastle intercepted a stateless dhow off the east coast of Africa, where her boarding party uncovered the hidden narcotics onboard.

“Our haul today validates our mission and continues to demonstrate Newcastle’s effectiveness as a result of continued teamwork and dedicated training,” Lieutenant Watkin said.

“Newcastle has again succeeded because of the professional manner in which the crew have carried out their duties and their meticulous observation of suspicious activity,” Commander MacNamara said.

“Today we’ve stopped more than 581kg of narcotics from reaching the streets and the resulting proceeds from feeding back to terrorist organisations.”

HMAS Newcastle’s current mission is the 60th rotation of a RAN vessel to the Middle East region since the first Gulf War in 1990. 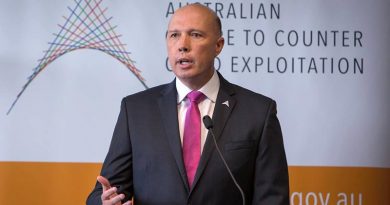 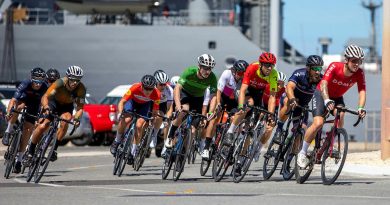 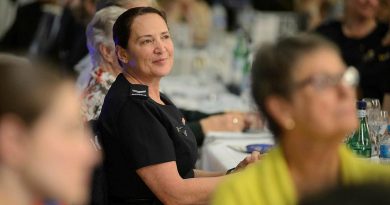