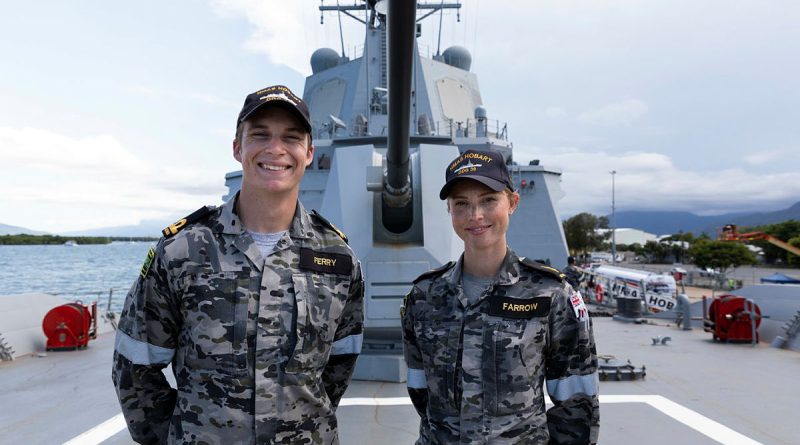 HMAS Hobart’s arrival at operational support base HMAS Cairns has been showcased at the Defence Force Recruiting Centre open day.

The event gave current candidates, Navy Cadets and the general public an ideal opportunity to inspect an advanced warship and interact with the crew.

Seventeen-year-old Drew Cordell was among those who inspected the ship and said it was an insightful tour.

“I am interested in joining Navy and looking at a role as an electronics technician right now. Hopefully the application process goes well, and I get that opportunity,” Drew said.

Able Seaman Combat Systems Operator Samantha Farrow, who grew up in Canberra, said she encouraged anyone who is thinking of joining Navy to take up the challenge.

“It’s taught me things I would have never learned otherwise. We get to sail internationally and see the world and explore. I have made a lot of friends and met so many great people. It’s very fulfilling.

Her career plan is to potentially commission as an officer.

“My father and extended family all served. I was interested to give back to the community and serve as they did,” he said.

Acting Sub-Lieutenant Ferry is currently training as a maritime warfare officer and intends to specialise as a mine warfare clearance diving officer.

CAPTION: Australian Navy cadets conduct a tour of HMAS Hobart as the ship is berthed in Cairns. Photo by Leading Seaman Daniel Goodman.

“I was in heaven today, best day of my life I reckon,” Cadet Jackson said.

“We went below decks to see the armoury. Getting up on the bridge was really cool as well.”

The highlight for him was meeting Leading Seaman Imagery Specialist Daniel Goodman, who took photographs of the open day.

“I want to follow in Daniel’s footsteps and become an imagery specialist,” Cadet Jackson said. 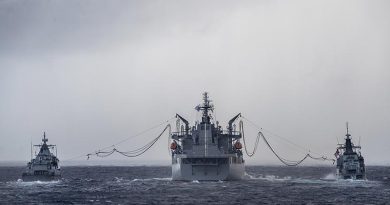