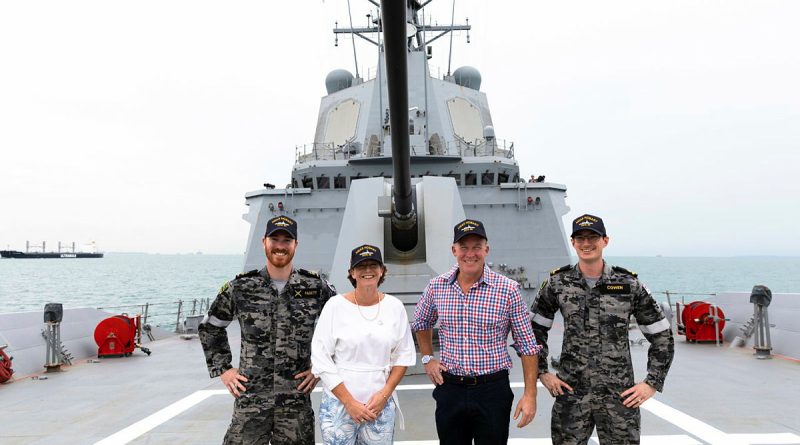 “This is an extraordinary experience for us personally to come on board,” Mr Hodgman said.

“To welcome Hobart to Singapore was a day of immense excitement and pride.”

Mrs Hodgman said she was fortunate to cut a ribbon and name Hobart during an official launch ceremony in Osborne, South Australia, in 2015 and see the ship’s evolution.

“I feel quite maternal about it, actually, seeing your child growing up and their place in the world,” Mrs Hodgman said.

During a tour of Hobart she was moved to see a photo of the three Hobart-class destroyers during the most recent regional presence deployment.

“You think ‘wow’ and about what that means for our country and our Navy. It is remarkable,” she said.

The Hodgmans were pleased to learn there were six Tasmanians in the ship’s company.

Commanding Officer Commander Andrew Pepper, who was born in Port Huon, said it was a pleasure to show the Head of Mission and Ship Sponsor through the guided missile destroyer.

“The Hodgmans have a close affinity with HMAS Hobart and it was great to reconnect them with their ship in Singapore post COVID-19,” Commander Pepper said. 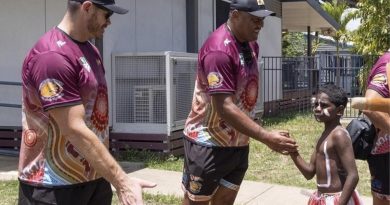 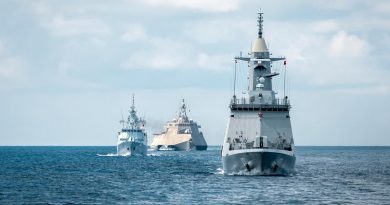