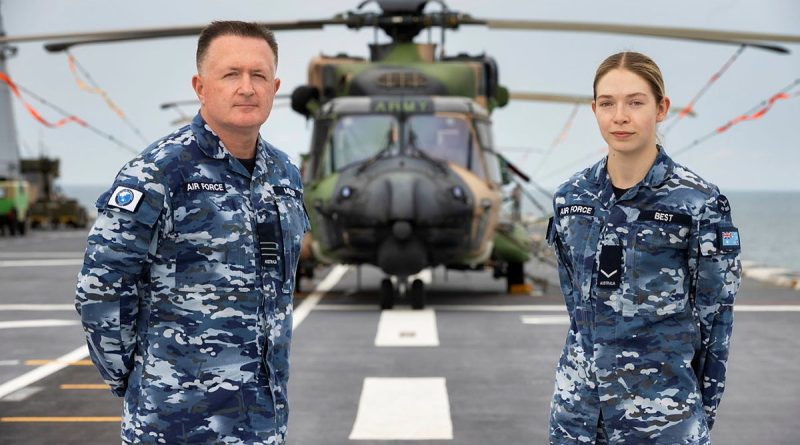 Working in one of the Royal Australian Navy’s largest ships is not a typical posting for Royal Australian Air Force (RAAF) members, but 20 aviators swapped their wings for sea legs to participate in Indo-Pacific Endeavour 2022 (IPE22).

The members embarked in HMAS Adelaide for the two-month deployment are not the only Air Force members involved in IPE22; others have been part of advance planning teams and flight crews for the fly-in, fly-out elements that have taken place from Bangladesh to Timor-Leste.

Leading Aircraftwoman Carly Best, a supply clerk from 92 Wing at RAAF Base Edinburgh, said she had worked closely with the Royal Australian Navy on previous exercises, but embarking in a landing helicopter dock for her first time at sea had been a steep learning curve.

“Those first few days were hectic – learning Navy terminology, adjusting to sharing a cabin with others. I had to leave 15 minutes early for meetings just in case I got lost on the way,” Leading Aircraftwoman Best said.

She quickly found her sea legs, taking up a logistics watch-keeper schedule and supporting demands for parts on the five ships in the IPE22 task group.

“All demands for unserviceable gear and spares come through the logistics cell in Adelaide and we track their delivery through our partners in Singapore or Malaysia. We then pick up parts from there.

“I’ve learned so much on IPE about the different ways our services and partners operate, and how to solve problems together,” Leading Aircraftwoman Best said.

The RAAF members play key roles in the deployment, including as part of the medical team, aircraft liaison and personnel movements cell.

The senior RAAF officer on board, Wing Commander Peter Miller, helped plan and coordinate the IPE22 activities across 14 countries. He welcomed the opportunity to sail to some of the participating nations.

“I’ve been fortunate to have a couple of overseas postings during my 31 years’ service. Those experiences sparked an interest in activities like IPE, where you can engage with strategic partners on a range of issues,” the aerospace engineer from Headquarters Air Command said.

“If you just spend your life working in the same box, you’ll get a limited view of the way the ADF and Government operates.”

“On IPE, our activities can go from being heavily military – such as amphibious operations and landings on beaches – to hosting a round-table on maritime law, or community engagement,” Wing Commander Miller said.

“In Sri Lanka, for example, I was part of the official call on the Chief of Air Force and later I was honoured to attend a wreath-laying ceremony at Koggala Air Force Base.

“That was a great opportunity to represent the RAAF and see how our presence is appreciated by our partners,” he said.

Wing Commander Miller believes the power of people-to-people engagement is what IPE22 will be remembered for.

“IPE is more than just showing up and being a tourist. It’s about connecting with people so we can work together to maintain a secure and stable Indo-Pacific region.” 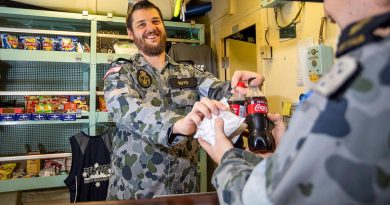 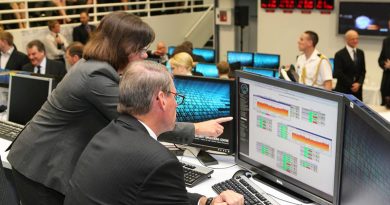