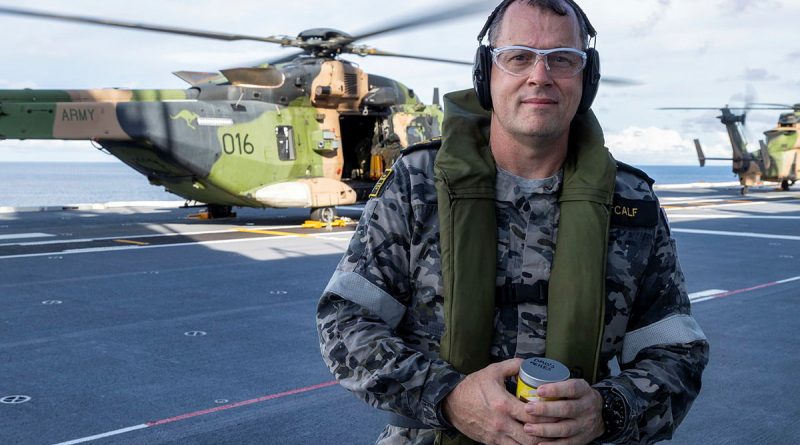 A Navy member honoured his father’s legacy in a special way thanks to aircrew from Army’s 5th Aviation Regiment embarked in HMAS Adelaide for Indo-Pacific Endeavour 2022 (IPE22).

He was given the opportunity to scatter his father’s ashes from an MRH-90 Taipan over the Strait of Malacca while Adelaide was in transit to Malaysia.

Petty Officer Metcalf said scattering the ashes from the air was significant, as his Army veteran father spent part of his childhood on Royal Malaysian Air Force Base Butterworth, and later built a civilian career as a helicopter pilot.

“When I wasn’t able to attend Dad’s funeral, I asked that some of his ashes be reserved, so I could say goodbye in a way that was meaningful to both of us,” Petty Officer Metcalf said.

“Dad was a helicopter pilot. He helped me get my pilot’s license and gave me the love of flying.

“I came up with the idea of spreading Dad’s ashes from the air, then realised I’d be in Adelaide when she transited past Butterworth for IPE22.

“Since Dad was always supportive of my Navy service and had great memories growing up in Malaysia, I thought maybe this could be my way to honour him.”

Petty Officer Metcalf said the response of the Army aircrew showed ADF members are like family.

“When the aircrew found out Dad’s flying history and connection to Malaysia, they wanted to help make a flight happen, and Malaysian authorities were equally obliging,” he said.

“I think it shows that on deployment we’re not ship’s company and embarked forces, we’re a joint force – like a family.

“I’m very grateful to have had the opportunity to honour Dad and like to think he’d be happy to be back in Malaysia.”

Malaysia is one of Australia’s most important defence partners. Both countries have a long, shared history in helping maintain an open, inclusive and resilient Indo-Pacific. 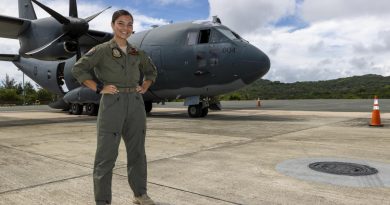 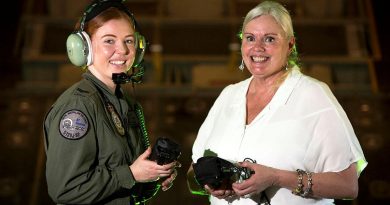 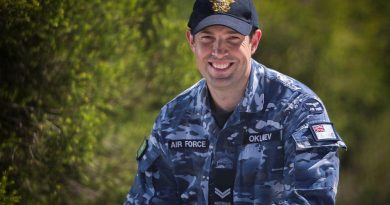