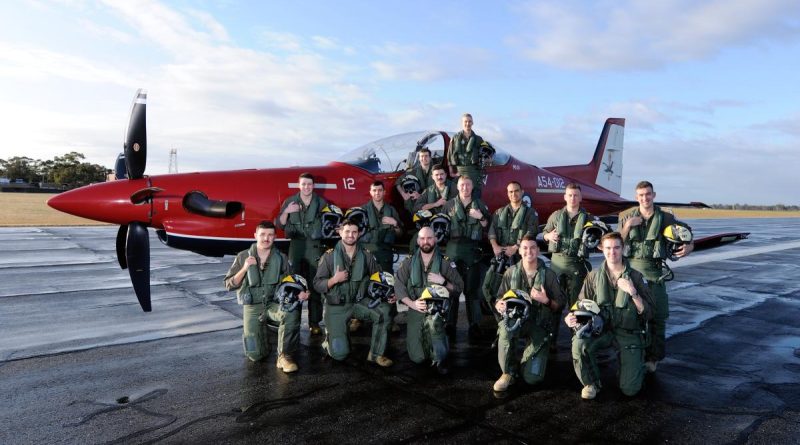 Spectacular flypasts by Pilatus PC-21 and Hawk 127 aircraft dominated the skies as fourteen students from 267 ADF Pilot’s Course received their wings and graduated from 2 Flying Training School at RAAF Base Pearce on November 4.

CAPTION: Graduates from the 267 ADF Pilots Course with a Pilatus PC-21 on the flight line at RAAF Base Pearce. Story by Peta Magorian. Photo by Chris Kershaw.

A moving Welcome to Country and smoking ceremony for graduates and pilot’s brevets was conducted by Barry Winmar, who outlined the significance of the parade and the connection to country to the pilot graduates.

Four graduates received awards for their achievements during course.

Pilot Officer Nathan Reed was awarded the Defence Force Welfare Association prize for displaying the highest level of navigational skills, the RAAF Association (WA Division) Trophy for ‘most improved’ and the SJ Goble Memorial Trophy as most proficient pilot.

Air Commander Australia Air Vice Marshall Darren Goldie acknowledged the centurions and double centurions present and the family and friends that supported the current graduates to achieve the milestone of receiving their wings on parade.

“Your careers will be diverse. I consider myself very fortunate to have enjoyed some of the most exciting jobs we have but would swap places with you in a heartbeat and embark on it all over again,” Air Vice Marshall Goldie said.

“I remember standing on this parade ground in front of my parents with my mates. Soak it up – rarely again will you walk as tall as you do today.” 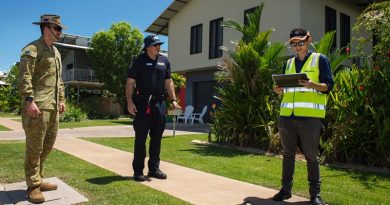 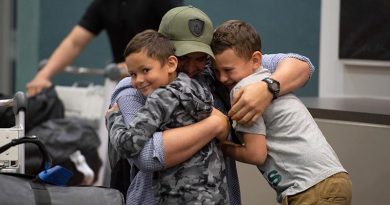