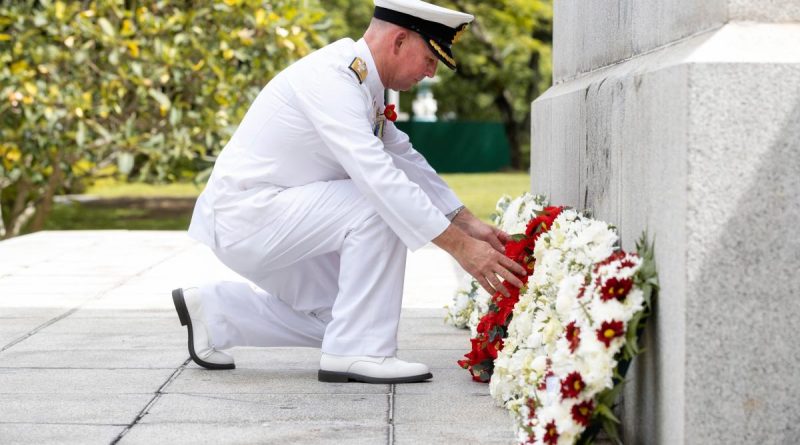 Though far from home, a group of Australians commemorated Remembrance Day amongst Indo-Pacific friends at the Singapore Cricket Club’s War Memorial Cenotaph, during Indo-Pacific Endeavour 2022 (IPE22).

Amidst the bustling streets of Singapore, a small group of representatives from Australia, New Zealand, the United Kingdom, Canada and the United States stood silently alongside their Singaporean colleagues to honour and remember those who have fallen in the line of duty.

“It’s a great privilege for me and all Australians involved in today’s Remembrance Day commemoration to be here in Singapore, marking this occasion,” Colonel Pashley said.

“Commemorating Remembrance Day in Singapore with our neighbours is a great example of Australia’s commitment to strengthening our Indo-Pacific ties.”

Readings from several high-ranking leaders of Australia, Canada, New Zealand and Singapore set a respectful, solemn feel and brought the partnership of the nations involved into focus.

Colonel Pashley was honoured to have the opportunity to commemorate Remembrance Day with Indo-Pacific partners in Singapore.

Singapore is the 12th country visited during IPE22 – Australia’s flagship regional engagement activity – with a focus on building a resilient, secure and prosperous Indo-Pacific region. 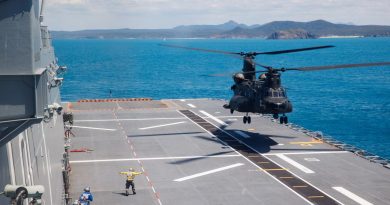 Exercise with Singapore wrapped up